Why (and How) Core Strength is Key to Optimal Performance 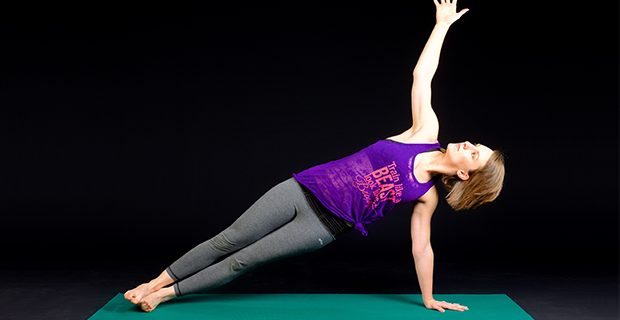 There’s a reason why you hear everyone talking about how important core strength is. I have parents comment to me all the time that their player “needs core strength.” While that may be true, it’s very hard if not impossible to watch a player on the ice and determine if they “need core strength,” but they do if they want to perform better.

Let’s assume that is the case and ask ourselves, why, how, and what players should do to increase their core strength. First, why do hockey players need a strong core? It’s easy to simply state, “because it helps them perform better” – but it is that simple. It is a fact, based on the anatomical structure and functional application of the body that a stronger core simply makes movement more efficient. So, why do hockey players need a strong core? So they can move more efficiently on the ice, and that includes starting, stopping, battling, shooting, and first step quickness.

The abdominal area, which is often referred to or thought of as the ‘core’ is only a small part of the whole. What makes up the core is everything 360 degrees from your hips to your lumbar spine around the sides and to the front of the abdominals. This entire ‘core’ needs to be strong and work together in sequence to rotate, brace, and function at a high level. A strong core makes all the moving parts of the body simply work better.

How should hockey players train their core muscles? While the sit-up is not a bad exercise for increasing abdominal strength, some so-called experts have stated that sit-ups are not functional for sports and athletes never have to perform a sit-up in sports, therefore making the exercise useless. Well, I’ll tell you this, there is absolutely nothing wrong with doing sit-ups to build abdominal strength, but there are many other more beneficial exercises to develop the entire core for sport performance.

When a player is battling on the puck, taking the body, starting or stopping, they require their core muscles to brace/contract and be strong and stable, thereby allowing the legs and upper body to be more efficient at doing their job. In my opinion, players should train their core by performing various movements actually standing on two feet and there are a few others such as planks. Any kind of resistance a player can use to force their core muscle to brace and stabilize is an excellent core exercise. Every single movement on the ice a player makes, they should be bracing their core.

Here’s how you do it. Have someone take the end of your hockey stick and position it in your abdominals softly. Then have them gently push the stick into your stomach while you stay relaxed. Then brace your abdominals and push the stick out. The harder you push there is no way the person holding the stick will be able to push it back into your stomach. This is just the beginning of understanding core strength, but players need to first learn how to brace that area of the core.

The hip muscles or glutes, often referred to by top Canadian golf fitness trainer Jason Glass as the “pelvic power house,” and the lower back and side obliques must be trained as well to develop the entire core along with the abdominals. So know we know a little bit about ‘why’ players should train their core and ‘how’ it should be trained, let’s get right to ‘what’ exercises players should do.

Here are my top five core strength exercises that I use for players that have shown incredible results. I’ve worked with hundreds of players who have seen an incredible increase in their slap shot, first step quickness and overall performance on the ice by having super strong core muscles.

For more information on core strength training and how Mike can help your young hockey player, please feel free to contact Mike at www.mikepickles-hockey.com