To try out or not to try out? That is the question for young goalies 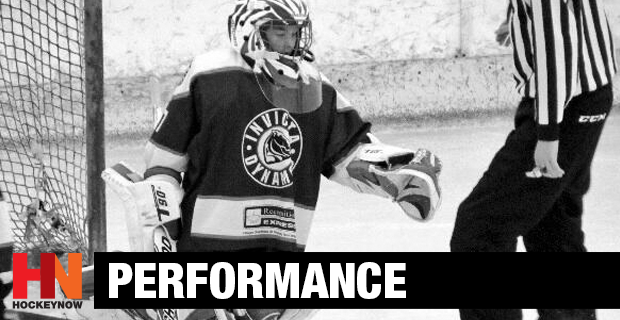 My advice to parents concerning sending their goalie to competitive tryouts is to attend the highest level you can and see where they fit in.

Before I continue let me provide one key caveat.

We all want our children to challenge themselves, to grow up resilient and determined to be the best. But there is no reason to put your young netminder in a position for guaranteed failure as it can have very detrimental effects on their confidence and self-esteem.

I have seen goalies at AAA tryouts, who were barely able to skate, and were so far out of their element that they were scared and embarrassed, yet the parents really and truly thought they had a chance. While they stayed the mandatory tryout time (usually three sessions), these kids are actually cut before they ever step on the ice.

The parents thought they were ready, the parents pushed them to attend, pushed the idea and the child bought in. Positive thinking, dream big, go for it – I love it all and make the same suggestions to my goalies, but there is a reality check that needs to be put in place.

Sometimes the reason parents enroll the child – and remember, no child has ever enrolled themselves in a tryout – is to “get more ice time”. If your intent is not to play at that level, don’t waste the coach’s time. It’s not fair to your child nor is it fair to take away the ice time from the kid who really has a shot at making the team. This is selfish and counterproductive.

I have seen many children quit the game because they lost their love of the sport when put in situations they should not have been in. Pressure mounts, fun disappears, the thought process becomes about the coaches, the goals against, the fans, the refs, the other parents – these kids and their parents often lose sight of why they play the game.

Tryouts are tough, there is no teaching, it’s about finding the best players. So the thought of ‘more ice time‘ shouldn’t enter into your decision to try out. Do this because the goaltender wants to make a higher-level team, wants better competition or more of a challenge. Do it as a parent because you want your child to play to their potential, be challenged and continually grow as a person. Not because you want letters on their ‘resume’.

What I‘m really saying here is that you first want to find out if your child has the desire, skill, intestinal fortitude and ability to play at a higher level. If the answer is ‘yes’ to ability and any of the other options, then GO FOR IT!

Minor hockey tryouts can last a long time – some as long as six or eight weeks – as cuts are made from AAA to AA, to A, to MD, to Select, to upper house league to lower house league. This can be a grueling and painful process with a lot of disappointment.

I have seen many goalies start at the top and finish at the bottom. This is hard on even those with the thickest skin. I think the worst situation is a tryout with minimal players or goalies and a child makes the team “on numbers”. Meaning you made it because you showed up. This puts everyone in a bad position, but especially the goalies. Often a goaltender in this situation is in way over their head and the season quickly goes downhill because the pressure mounts with each “bad” goal and loss.

Parents must understand that this is not a good situation. Making a higher-level team because you showed up and then not being able to play to the required level only means the goalie will regress, be frustrated, embarrassed, lose confidence and often self esteem too. Better to play at the lower level, hone your skills another season while enjoying the experience.

So by all means, tryout for the better teams, but parents should not put their kids into situations to boost their own ego or where there is truly no chance of advancement. This serves no purpose.