How to score on deflections and rebounds 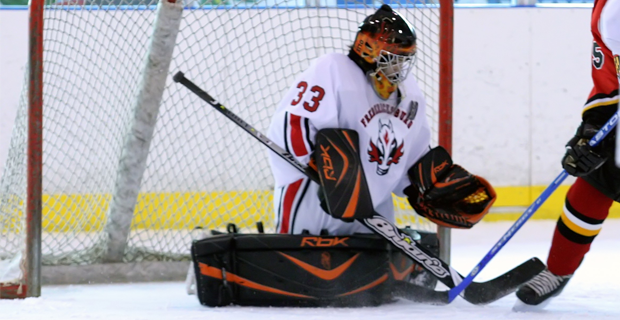 Goaltenders and team defences today are so good that it is very hard to score goals. Seldom does a goalie get beat by a direct shot, in fact, the statistic prove that the majority of goals are scored off rebounds, tips and second chances. All goalies can agree that it is hard to stop pucks that are tipped, never mind having a big body in front of them preventing them from seeing the action. It is also a fact that the majority of goalies use the butterfly style, thus giving up tons of rebounds.

In this article we are going to look at some key points on how to score on deflections and rebounds.

2) Is there a teammate open, 3) Where is the goaltender positioned in the net? Is he cutting down the angle, is he in the butterfly position, is he standing up? What are his tendencies from the scouting reports? Any SHOT IS A GOOD SHOT, if you are not directly in front and don’t have a player to pass to then shot low, far side pad, with a teammate driving the net, this will give a nice rebound.

If you don’t have the puck, ask yourself:

2) Does one of my teammates have the puck? If so, is he going to shoot, where should I go? 3) Be prepared to be an option for my teammate with the puck. You must also scan the defensive players, where are they located on the ice? You have to be aware of many things on the ice, reading and reacting quickly and putting yourself in position to score is the key to scoring on deflections and rebounds.

KEEP YOUR FEET MOVING: Besides your hockey sense (knowing where to go and what to do) it is important to keep your moving and skate at all times in the offensive zone. Develop a “go to the net at all times” mind set. It takes a lot of courage to go there as that is where all the traffic is and that is what the defensive team is trying to protect. Be determined and fearless.

GOING TO THE NET, is a multipurpose action, you distract the goalie, you make the defensive player make a choice to cover you (if he goes to you it opens up time and space for your teammates) and it puts you in position to get rebounds or tip and deflect pucks. If you have just shot the puck to the net get into the habit of going to the net and tracking your rebounds. Do not stand and watch your shot! You do not want to have any “fly-bys”, where you end up in the corners. You want to go after your rebound and/or stop right in front of the net.

STICK ON THE ICE - The purpose of having your stick on the ice is so that the blade is available to tip and angle the puck to the goal, or to tap in a rebound. Keep a tight grip on your stick and whether you are on your backhand or forehand your blade is facing the net, so the puck can rebound off your blade and on net. This is a skill that must be practiced all the time. Shots will come from different directions and heights, it is up to you to practice and find the proper angles so you can deflect the puck on the net.

DEFLECTIONS – Pucks will come from anywhere and everywhere your goal is to redirect or tip it so it goes high, low or even change the speed of the shot. If you are the shooter and see an open player by the net, you want to aim for his stick so he can tip it in. If you are batting down a puck remember the rules, your stick cannot be above the crossbar.

STANDING IN FRONT OF THE NET - A great place to be for tips, deflections and rebounds is in front of the net. Most teams have a man in front of the net during power plays. A couple of key points to consider, 1. Be a BAD goalie, get in front of him so he can’t see the puck, 2. Have your toes facing the shooter, in other words face the shot. 3. Have your stick on the ice (mentioned), 4.

Read the goalie, is he down (then direct the puck high). 5. Read the puck, is it going wide? Then tip it so it hits the net, it may go in or you may create a rebound. Be fearless when you are in front and remember to keep your stick on the ice.

REBOUNDS – Anytime there is a shot on goal, players have to go to the net and “track rebounds”, anticipate where the puck is going to go. Study your opponent goaltenders, learn their tendencies, how do they control their rebounds, where does the puck go? Last but not least, focus on the puck and be determined to get the puck before your opponent. If the Defencemen is tying up your stick, use your feet to control the puck, get your stick free and put in the rebound. Develop a determined, tough and win the battle at all cost mindset. Remember to practice this neglected skill of tracking rebounds!

DEFENCEMEN: Your shots from the point need to be low and on target. Make sure you keep your feet moving and create shooting lanes to the net. Also be ready to slide into the slot or execute a high cycle with the forwards.

SHOOT AND SHOOT OFTEN – If you do not shoot you will not score. As mentioned through the article, sometimes just putting the puck on net with bodies there will be enough to get those 2nd chances. Lastly, take the time to practice the fundamental shots such as the wrist and snap shots for forwards, slap shots and one-timers for the D men. Keep in mind once you have the mechanics mastered work on your accuracy (hit the net) and your quick release.

Study high-level teams play in the offensive, watch the positioning of the forwards, how often they shoot and also study the defencemen, on the points. Lots can be learned by watching games on TV or live! Now go out and score some goals on tips, deflections and rebounds!

Go to COACH ENIO’S INTERNATIONAL HOCKEY CAMP SCHEDULE for details of the Defencemen Camp and all other camps. Call Coach Enio at 604 255 4747 or email at enio@coachenio.com and visit website for free articles and drills.