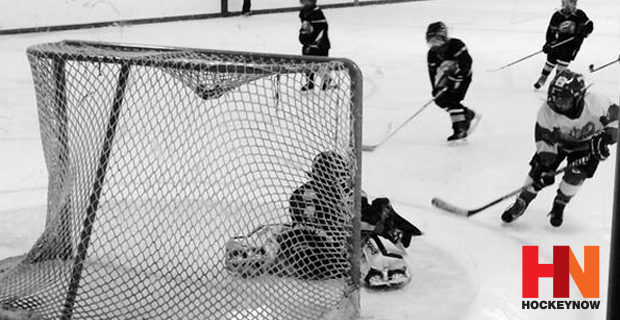 CARRYING: Goalies carry their own gear the entire game, when playing. They should be able to carry it in and out of the rink. This is part of the position and teaches them responsibility. Parents don’t need to help, it’s part of the job. If they are too lazy to carry the gear, they are certainly not motivated enough to play the game. This includes stick, bag, pads everything.

Mom does not need to carry the pads, it is doing no favour for the goalie, it takes balance and coordination to carry the gear too, so it’s actually good training. Remember the gear is built for the specific age of the player, so if “it’s way to heavy,” perhaps you have inappropriate gear.

PACKING & UNPACKING: I’m a firm believer in accountability, this means the goalie is responsible for packing and unpacking their bag after playing. I find it sad when I see parents in the room picking up gear that was arbitrarily thrown around by a player who lacks of concern or consideration for others because someone continually does this for them.

Teach them respect and accountability, this is an opportunity to develop life skills. This helps them understand the value of the gear and develops respect for it as well as those who pay for it. Obviously mom or dad will need to check and verify the content for younger goalies and I suggest a checklist to help, but as they approach the teen years, it’s their responsibility.

If they arrive at the rink without something, they don’t play. Accountability and independence, part of growing up and maturity, more life skills we can teach through hockey.

DRESSING: I’m sure you know where I’m going with this after my last comments. Yes, the goalie should dress themselves. Now of course younger goalies will need help, but from the age of 8 they should be able to get everything on with a little assistance and adjustment, but by the age of 10 the goalie must be able to fully dress themselves. The only exception is tightening skates, sometimes this requires help for a bit longer.

At our camps, we assign instructors to each room to show the goalies how to dress, on day 1 there are many who cannot, by day 5, they are all able to dress themselves - we still might need to help tie skates, but the rest they do themselves. We tell parents before he camp that they are not permitted in dressing rooms because this is part of the training.

We see them in the halls having anxiety attacks, we even have them sneaking into the dressing rooms. A funny thing happens mid week, the kids start telling parents to leave them alone as they realize their own independence. By the end of the week the parents are thankful they no longer have to help...the only reason they ‘had to’ was because they created a sense of dependence.

Goaltending is an independent position, this is part of teaching independence and maturity.