Ask a Coach: Surrey Eagles Head Coach Brandon West: You Get the Culture You Create 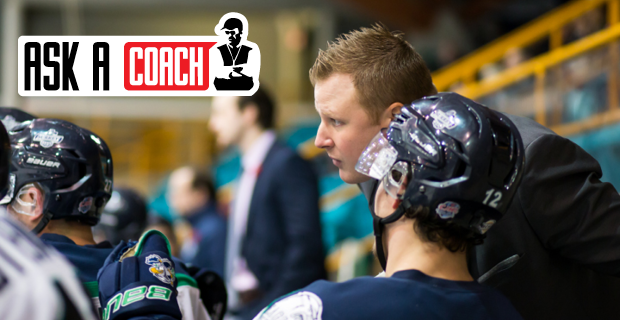 Surrey Eagles Head Coach and Director of Player Personnel Brandon West has a unique perspective when it comes to leading a BCHL franchise. Not only because he’s a self-made coach who’s worked his way up through the ranks of BC Hockey and the Major Midget League, but because this isn’t the first time he’s done it. After a long stint with the Salmon Arm Silverbacks, Brandon comes to the Eagles looking to put his stamp on the program.

Although, by his own words, that stamp might come with different type of ink this time around.

Kelvin Cech, The Coaches Site: Moving from Salmon Arm to Surrey obviously means you’re working with a brand new group of players. How much do you look at the makeup of your team before implementing your systems?
Brandon West: The first challenge we had was recruiting. There’s been a lot of turnover so we really had a focus on getting the right players here, players who fit our mould and also the ability to play on the international-sized ice we have here in Surrey. First and foremost, it’s about finding players who can play our system, but we also need to surround them with the right people to make this thing work.

How would you describe the identity of your team?
Every coaching staff has its own identity so I think that’s where it starts. I have two great assistants, Linden Saip and Eddy Guay. We want a fast paced team with a lot of energy to play the game, players who can think at a fast pace and also that skillset that we can utilize on our big ice. As much as we want to protect our zone, we want to be a team that knows how to keep pucks in the opponent’s zone. We want to be known as a 200-foot team.

What do you do in practice to get the most out of your team?
Every day is a new challenge. One thing we hammered out in training camp was how we were going to play in our own zone. Do you do it as a five-man unit or do it more 1-on-1? We decided we were going to be more of five-man unit and that’s translated into some of our good offence. So in practice we start in our zone, puck retrievals, game situations into breakouts and into offensive attack. We’ve been pretty happy with how we’ve practiced all season long.

Let’s get into your responsibilities as the Director of Player Personnel. A big part of your job is helping players land NCAA scholarships. I know you take that process really seriously. What are the keys to getting guys on the radar?
The number one thing is that players have to contribute in a way that’s attractive to certain schools. When schools call us looking for a certain player we hope we have that mould of player. If a kid comes out of midget scoring 50 goals then he’s going to be able to put the puck in the net at some point in his junior career, and it’s the same process for NCAA recruiters. A lot of the stars have to align, but obviously everyone is working hard to get these kids a future, whether that’s an education or a pro hockey deal, but they have to keep up their end of the bargain by playing their game every day.

The game is always changing. What are some of the trends you’ve noticed in junior hockey this year?
Everything changes so quickly but at the end of the day, your main focus is the puck, what you’re doing with it and what you’re doing without it. The one thing that stays constant in our league is everyone is always on the attack. We’re known as an offensive league but there are a lot of great defencemen who are moving on to the next level as well. There are no easy wins, the standings show that this year. One thing we focus on is how we play on our own ice, coaching on the Olympic ice. Everyone has something they’re bringing to the table in hockey, and it’s up to everyone else to adapt, so in that manner our game is constantly moving forward, which is great to see.