5 Common Misconceptions About Skating in Hockey 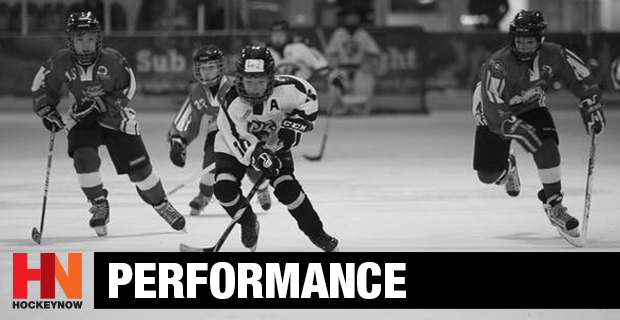 If there’s one thing that separates hockey from other sports, it’s those metal blades we use to seemingly magically glide across the ice. However, skating is something that a lot of hockey players take for granted. While we eagerly seek to learn how to stickhandle, shoot slapshots and saucer pass, skating is all too often not given the attention it deserves.

To clear up some of the fallacies that the hockey community has about skating, HockeyNow spoke to two of Canada’s foremost experts on skating: Steve Serdachny, NHL Skating and Skills Coach and Founder of Serdachny’s Power Skating and Hockey, and Vanessa Hettinger, Co-Founder and Master Instructor of Quantum Speed. Using their insight, we developed a list of the most common misconceptions about skating and hockey, which may change the way you think about skating for good.

1. It’s Natural
While many Canadians believe they take to the ice like a fish to water, that just isn’t true. According to Serdachny, skating is a very complex and unnatural biomechanical movement pattern that is definitely not innate.

“If you take any person off the street and say, here’s a ball, chances are they could catch it,” Serdachny explains. “But, if you threw a pair of skates on them, you’d just better hope they have protective equipment!”

The reason he says skating, especially skating for hockey, is so difficult is because of the way the body has to move. The engagement of the lower body to drive, coupled with the ability to keep the upper body in control, all while having to move in uncommon directions and patterns, makes skating tremendously hard to do well. While some players might feel like natural skaters, such a thing doesn’t exist.

2. There’s a Right Way to Skate
There’s no doubt that there is a lot of science behind skating. But, while practicing push angles, knowing proper positioning and keeping a low centre of gravity are all essential elements to becoming a dynamic skater, creativity is also a major component. Serdachny points out that you need look no further than hockey ‘royalty’ to prove that you don’t have to look good, to be a great skater.

“Wayne Gretzky was never considered a good skater,” he says. “But, let me tell you, when [he] was in his prime, there wasn’t a player in the league that could catch the guy.” Serdachny explains that, despite not appearing to be strong on the ice, Gretzky had excellent quickness, multi-directional movement and control of his edges – all of which made up tenfold for how he looked.

For her part, Hettinger also believes that skating fundamentals can take shape through different interpretations. “There are many players that don’t look like the perfect skater, [but] it works for their body type or their height and weight,” she explains, adding that she believes “you skate like your personality.”

Hettinger describes Sidney Crosby’s movements as very precise and calculated, while Ovechkin’s are looser and more enthusiastic, like he is trying to break down a wall. While they both look very different, she argues that biomechanically there are a lot of similarities and that they are equally great skaters. While skaters need to know the basics, there is definitely room to put your own spin on how it looks.

3. Practice Doesn’t Need to be Perfect
We’ve all heard that practice makes perfect, but when it comes to seeing improvement in your skating stride, not just any practice will do – it has to be ‘perfect’ practice. While you might think that if you just play enough hockey, you’re bound to become a great skater, Serdachny is a firm believer that if you really want to improve, it takes a lot more focus.

“It has to be quality over quantity when you’re practicing,” he insists. “Rushed, excessive practice won’t help you [...] you have to understand and be taught the right way.” The ‘right way’, according to Serdachny involves specialized sequential programming from an expert, in which a skater learns proper skating movement patterns that are tailored to both age and developmental needs.

While Serdachny admits that you will probably become a better hockey player just by hitting the outdoor rink as often as possible, both he and Hettinger are adamant that if you really want to take your skating to the next level, specific skating instruction by a trained professional is the only way to go.

4. Skating Drills Aren’t Fun
Players who look forward to skating drills are few and far between. All too often, coaches use it as a punishment. No one has ever had a bad game or goofed off in practice and been forced to take wrist shots or work on their dangles. Skating laps and lines has turned skating into a chore for a lot of young players.

But, it doesn’t have to be that way. In Hettinger’s experience, players will actually enjoy skating drills if there is a focus on positive results.

“It’s a proven fact that self-esteem is very much related to your ability to go through challenges and achieve something on your own,” Hettinger explains. “So when [players can see] that they actually get better and the program is all about them, they really like that environment.”

For Serdachny, creating a fun environment is all about variety and getting away from the monotonous labour of lines and laps. “When I started teaching skating, I wanted to make skating development into something fun, which it really wasn’t,“ he says. “When you teach a skater, you have to teach it in a holistic sense… [skating practice] has to be more than just developing a player’s stride.”

Serdachny and Hettinger both insist that skating stride can’t be taught in isolation, but needs to be combined with other hockey skills. By keeping a focus on a varied approach, with or without the puck, skating backward and forward, turning sharply – everything that comes up in the game – players will not only have fun, but get better while training to skate.

5. You Only Need to Learn Once
As nice as it would be, there is no quick fix to becoming a better skater. Although, with some instruction, you may reach a point where you can relax a little bit from intense training, maintaining your skills will be a lifelong process.

According to Hettinger, kids especially need to relearn their skating stride entirely when they reach a certain age. “Players can be awesome little skaters when they’re seven, eight, nine but when they hit twelve, thirteen and they have a big growth spurt. If they don’t keep up their skating development, then their skating will fall by the wayside.”

As she explains, this is due to their ability to hold their weight on one leg. When a child doesn’t weigh enough to make it a challenge to hold their weight, they can be excellent skaters, but at a certain point they have to rebuild their technique to accommodate their bigger and stronger frame.

For Serdachny, learning to skate more effectively is something that you never outgrow. “You have to understand that if you’re going to improve your skating [as a hockey player], you need to be dedicated to an ongoing process to make yourself better in that area,” he says. “It doesn’t just happen magically, it’s one of those skills that, with instruction, the more time and energy you put into it, the better you will become.”

Skating might look like magic, but it’s not. It’s both science and art, and however you slice it, it’s going to be something you’ll work at for your entire life.