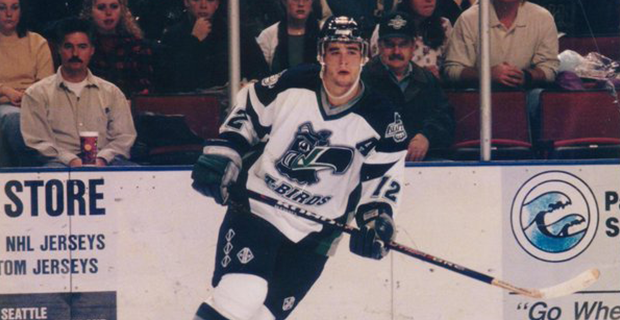 I've got all the time in the world for Peter DeBoer.

Prior to becoming a talented NHL bench boss, DeBoer had a tremendous run in the OHL, highlighted while serving as coach and general manager of the Kitchener Rangers when they captured the Memorial Cup in 2003.

Back then, I had the pleasure of being the play-by-play voice for the Canadian Hockey League on Sportsnet.

One of my favourite memories?

Receiving a lengthy pre-game peak at the Kitchener Rangers dressing room and workout facilities, with DeBoer serving as my personal tour guide. I couldn't believe how relaxed and friendly DeBoer was; taking the time just a few hours before face-off to share the sights and swap a few stories with a broadcaster who was thrilled to get a behind-the-scenes look at one of the most successful junior hockey operations in the country.

Then again, with a roster of impressive Rangers that included Mike Richards, Derek Roy and Gregory Campbell, (all of whom developed into solid NHLers) no wonder DeBoer wasn't suffering from those nasty pre-game jitters.

It's probably a little different these days.

DeBoer, of course, is now the coach of the San Jose Sharks; a hockey club that has its hands full with Sidney Crosby and the powerful Pittsburgh Penguins in the Stanley Cup final. Still, despite all the playoff pressure that's part of the regular routine of life in the NHL, something tells me Peter DeBoer is still the classy gentleman that he was during his formative years in Kitchener.

I've also got all the time in the world for Joe Thornton.

Unlike a lot of young superstars (can you say Eric Lindros?), Thornton didn't turn his nose up at the idea of plying his OHL trade in Sault Ste.

Marie. Not only did Joe agree to play in the remote puck outpost, he absolutely lit it up. Thornton produced 122 points in 59 games during his 1997 draft year, resulting in being selected first overall by the Boston Bruins in the NHL draft.

It makes sense that Thornton found a home in the Soo.

Unlike Lindros, who was raised as a 'big city boy' in Toronto, Thornton hails from the small community of St. Thomas, Ontario. Working as a radio broadcaster at The Fan 590 in Toronto, I had the opportunity to interview Thornton a number of times over the years and he's definitely retained his small town charm and down-home sense of humour.

And that "beyond-bushy" beard he's been sporting during this year's playoff march by the Sharks?

It's a true "Hatfield and McCoy" model that's about as throwback as you can get.

Finally, I've got all the time in the world for Patrick Marleau too.

You think St. Thomas is small?

Marleau hails from Aneroid, Saskatchewan... Population, 45. No, my friends, that's not a misprint. Head about 70 kilometres southeast of Swift Current, hit Aneroid, and ask any of the... 45... people who live there and they'll confirm the head-count. I first became aware of Marleau, and Aneroid, while serving as the radio broadcaster for the WHL Calgary Hitmen in the mid-90's. Patrick was a 16-year-old superstar with the Seattle Thunderbirds, and Marleau and his native Aneroid received a lot of play over the airwaves.

The Hitmen were horrible in those days and when they played the T-Birds, Marleau had the puck on his stick the whole night. That left plenty of time to entertain the radio masses with tales about Aneroid.

For instance, did you know that Aneroid, Saskatchewan happens to be the hometown of veteran San Jose Shark Patrick Marleau?

Okay, I admit it. That's the only interesting fact I ever discovered about life in Aneroid.

It would obviously be even more interesting to report that Aneroid, Saskatchewan is the home of Stanley Cup champion Patrick Marleau. The Pittsburgh Penguins, however, will obviously have something to say about that.

But in the meantime, don't forget about Peter DeBoer, Joe Thornton and Patrick Marleau.