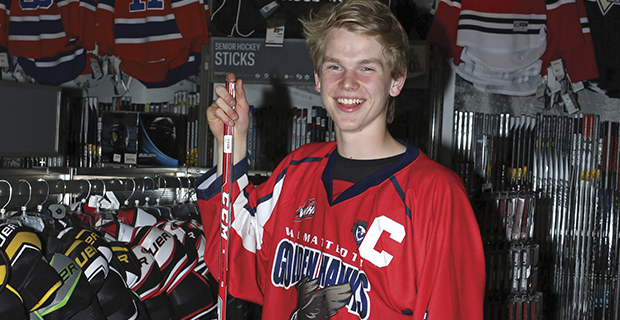 A 15-year-old teenager moving 300 kilometres away from home to play hockey?

It's not easy but, then again, piling up big numbers on the odometer is old hat in Bowen Byram's family.

Byram is the 2016 HockeyNow Alberta Minor Hockey Player of the Year, but British Columbia deserves a huge assist when it comes to his development. Bowen, you see, began his minor hockey career in Cranbrook, B.C. Cranbrook, however, doesn't have a Bantam AAA program so when Bowen turned 13, he needed a place to play.

Welcome to Lethbridge, Alberta – home of the Val Matteoti Golden Hawks Bantam AAA team; and here's where Byram's dad, Shawn, and his mom, Stacey, enter the story. To be eligible to play with the Golden Hawks, the Byrams had to establish a formal residence in Lethbridge. So Shawn rented a house in Lethbridge and moved to the city while Stacey remained in Cranbrook with their teenage daughter, as the family added a challenging 'long distance' element to their relationship.

"When I moved away two years ago, it was pretty tough on my mom," said Bowen. "She still gets emotional and tears up when it's time for me to go back to Lethbridge. But it's just great that my parents put so much time and effort into helping me with my hockey career, because there's not many people who have the opportunity to do what I do."

Like his son, Shawn Byram aspired to be an NHL player and realized his dream by playing five games in The Show – four with the New York Islanders, and one for the Chicago Blackhawks. Shawn also spent a total of 15 years playing professional hockey, touring the minor leagues of North America and suiting up in the European circuit with stops in Austria, Italy, England and Scotland. These days, Shawn makes his living as a coal miner in Sparwood, B.C., located midway between Lethbridge and Cranbrook. He was a tough and gritty hockey player who hasn't lost an ounce of his work ethic and now his 15-year-old son, Bowen, has picked up the torch.

"These kids are so focused today," said dad, Shawn. "In fact, I'm not sure we were as focused as they are even when we were playing as professionals. In my day, one or two good players could carry a minor hockey team and score all the goals. Now the kids that are playing Bantam AAA hockey have to concentrate on playing a team game. Everybody's so much better and they're so well-trained and well-coached."

"Our coaching staff was second to none in all of Canada," exclaimed Bowen. "I really liked how professional the coaches were. It was like playing for a junior team and it's pretty neat that we got that experience at such a young age. All of the systems we played were up-to-date with most junior teams and probably a lot of NHL teams as well." 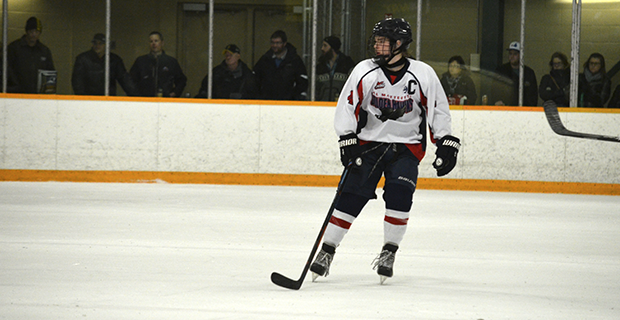 Bowen Byram returned to his birthplace to join the Lethbridge Golden Hawks, earning himself a Captain position and leading his team in goals and points in 2015-16.

With an eye towards one day skating in the NHL, Byram will suit up with the Lethbridge AAA Hurricanes of the Alberta Major Midget League in the fall; meaning another year away from mom and his Cranbrook digs.

The season after that?

If all goes as planned, the talented young defenceman will strut his stuff for the Vancouver Giants, after they snapped him up with the third overall pick in May's WHL draft. Dyck, a former head coach of the WHL Lethbridge Hurricanes who also worked as an assistant coach with the Giants, believes Byram definitely has what it takes to make an impact on the major junior scene.

"Bowen is a complete defenceman and he can play whatever style you want," analyzed Dyck.  "He's a guy we relied on to play against the other team's top lines and shut them down. He understands how to play the angles on the opposition and he does a great job playing the body. If it's a physical game and you need to play with an edge, he can bring it. He's a competitor and he's got a bit of a mean streak to him."

But before you make the mistake of picturing Byram as a stay-at-home shut down defender, you'd better feast your eyes on his impressive point total from last season: 22 goals, 37 assists, 59 points in 34 regular season games, with another 12 points in 12 playoff games – just to provide a little extra icing on the cake.

Oh, and one more thing. The 5'11", 167 pound Byram's favourite NHL player happens to be a certain "flash and dash" blueliner by the name of Erik Karlsson.

"I take pride in my defensive zone coverage but I also like to jump into the rush and make plays," admitted Byram. "I'm an offensive defenceman. I feel like I'm a strong skater and have pretty good hockey sense."

"From an offensive standpoint, he has excellent vision and sees the ice really well," agreed Dyck. "He's a guy who really likes to join the rush and he can make great plays when he hits the offensive zone."

So, yes, Byram sounds very similar to Karlsson and, like the Ottawa Senators star, Bowen also wore the ‘C’ for the Golden Hawks. Dyck played against Bowen's dad during their days in the WHL and says, when it comes to leadership, character and charisma, Bowen is a chip off the old block.

"Bowen is a bit of a throwback in the sense that he's a very grounded kid," explained Dyck. "He understands the commitment and accountability it takes to play the game at the next level. At the same time, he also has a great sense of humour and he's a bit of a magnet when it comes to his teammates. He's a real leader and mixes that in with a great personality which makes him a very popular guy in the dressing room."

"Usually the coaches are pretty hard-nosed, so I like to keep the room loose and make sure the guys are focused and ready to go," said Byram. "I think it's a good mixture when you've got serious coaches to make sure you're also having a good laugh every once in awhile."

And owning a sense of humour also helps take the edge off when you're constantly on the road.

From Cranbrook to Lethbridge to Vancouver, with future destinations still to be determined, Bowen is the next Byram who's ready to travel the highways and byways of an exciting and challenging hockey life; and he's prepared to do the dirty work to make sure he reaches his goal.

"All of today's players want to be the best they can be," stressed Byram. "They want to be the best player in their age group and they obviously want to take a shot at the NHL. With so many good programs out there and so many kids working hard, I know that I've really got to keep up and compete every day.”