And the 2016 HockeyNow Minor Hockey Players of the Year are… 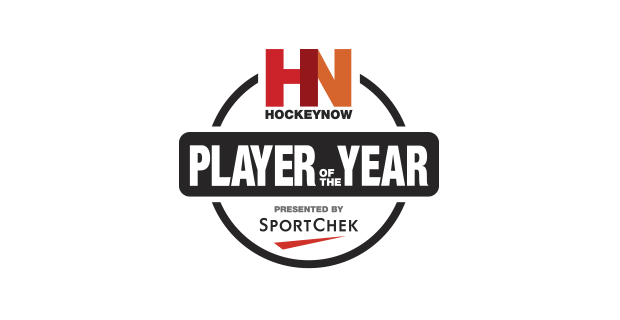 Byram is a flashy defenceman who racked up a pile of points for the Golden Hawks, while also putting a ton of miles on the family vehicle. Byram, you see, was forced to leave his mother and sister behind in Cranbrook, B.C. while he and his dad relocated to Lethbridge, Alta. so Bowen could follow his hockey dream.

Like Byram, Lalonde is a point-producing blueliner.  But his favourite player growing up in Windsor was OHL Spitfire captain Mickey Renaud, a hardworking forward who tragically passed away when Lalonde was eight years old. To this day, Renaud serves as a huge source of inspiration for Lalonde.

Williams also has huge respect for the hockey players who have come before him. In fact, he's a serious hockey trivia buff and when HockeyNow tried to stump him with a puck trivia quiz, Josh passed the test with flying colours.

Speaking of hockey history, an impressive list of alumni have been crowned HockeyNow Minor Hockey Players of the Year, including NHLers such as Colin Fraser, Karl Alzner and Ryan Nugent-Hopkins. Former NHL defenceman Dave Babych chairs the selection groups that keep tabs on prospective winners, with ISS Hockey Director of Scouting Dennis MacInnis also playing a vital part in the process.

Placing an emphasis on "leadership, hockey ability and school and community participation,” a final nomination list of players is put together and, from there, three players from three provinces are selected as the ultimate winners.

What do the winners receive?

Well, in addition to being profiled in this magazine and being honoured at a special awards ceremony, the award winners also get to go shopping for a full set of brand new hockey gear – thanks to a valued partnership with our friends at SportChek.

We’re honoured to have the opportunity to share the stories of three impressive young men who excel as hockey players, solid leaders and good citizens.

So, sit back and read on as we proudly present a "Trio Grande" of hockey excellence, the 2016 HockeyNow Minor Hockey Players of the Year.