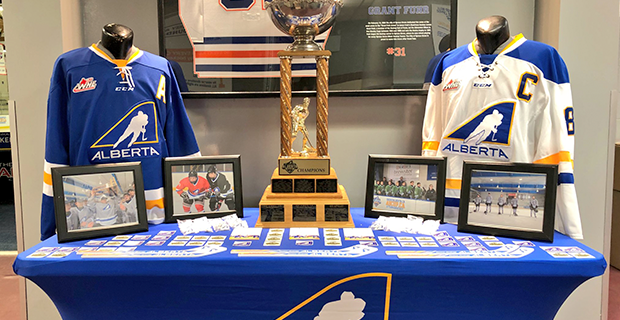 The 2018 Alberta Cup is officially underway, with eight teams made up of Alberta top 2003-born male players competing for the provincial crown.

The teams will play in a four-day, tournament-format competition. The event also features an education seminar hosted by the WHL.

The Alberta Cup is the premier event in the province that helps identify the top male players in Alberta. It is well attended by scouts as they prepare for the Western Hockey League’s bantam draft. In addition to player evaluations, the competition is also an opportunity for administrators, coaches, trainers and referees to be evaluated for future positions with the Team Alberta Program.

Follow HN for the latest from the Alberta Cup.