QMJHL Teams Gearing Up for Another Campaign 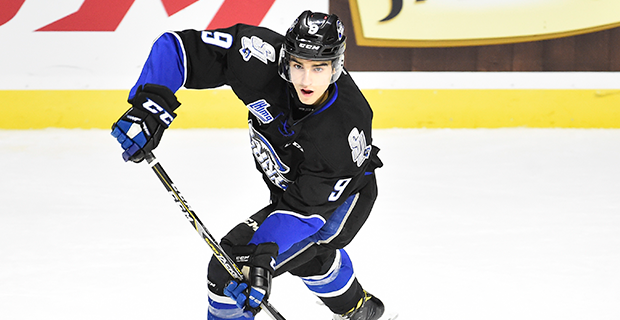 The calendar says it still summer but that hasn’t stopped the 18 teams in the QMJHL from getting on the ice to start their training camps.

On Monday August 21, every Q team began their main camps in preparation for opening night, one month later, on Thursday, September 21.

A week earlier, the league held its second Rookie Challenge in four different locations. The four team hosts for this year’s tournament were the Chicoutimi Saguenéens, Moncton Wildcats, Sherbrooke Phoenix and Shawinigan Cataractes.

The Chicoutimi tournament was played at the Centre Georges-Vezina, the home of the Saguenéens. The Baie-Comeau Drakkar, Quebec Remparts and Rimouski Oceanic were also in attendance.

At the Centre Gervais Auto in Shawinigan, the Cataractes played host to the Drummondville Voltigeurs, Rouyn-Noranda Huskies and the Victoriaville Tigres.

The Sherbrooke Phoenix used Bishop’s University in Lennoxville, Quebec as home base in their mini-tournament against the Blainville-Boisbriand Armada, Gatineau Olympiques and Val-d’Or Foreurs.

The Saint John Sea Dogs are still in search of a new head coach after Danny Flynn announced in late July that he was leaving the organization to pursue other interests.

Flynn spent two seasons behind the Saint John bench. The Dartmouth, Nova Scotia, native guided the Sea Dogs to the 2017 QMJHL President Cup and an appearance in the semifinals of the 2017 MasterCard Memorial Cup.

The team also lost the services of assistant coach Paul Boutilier. The former NHL defenceman took a coaching position with the newly relocated Belleville Senators who will begin play in the AHL this season.

On a more positive note, Saint John announced during the summer that Jonathan Huberdeau will become the first inductee into the new Sea Dogs Hall of Fame. The former Sea Dogs F and current member of the Florida Panthers is one of the most decorated players in franchise history.

In Bathurst, New Brunswick, the Acadie-Bathurst Titans will be celebrating their 20th season in the QMJHL in 2017-18. The franchise relocated to the Northern New Brunswick community in 1998 from Laval, Quebec.

For those readers who are wondering what the term "Acadie" in the team name refers to it’s because the city's Acadian population is the majority.

For decades, the QMJHL has been known for producing top notch goaltenders so it may be a bit surprising that the league held its first ever goalie development camp in mid August. Twenty-nine goalies and fifteen goaltending coaches met from August 10-11 at the Complexe 2 Glaces Honco in Lévis, Quebec under the watchful eye of Edmonton Oilers goaltender development coach Sylvain Rodrigue.

On the international front, eight QMJHL players won a gold medal as members of Team Canada at the 2017 Ivan Hlinka Memorial Cup in the Czech Republic and Slovakia.

Noah Dobson, Acadie-Bathurst Titan, and Jared McIsaac, Halifax Moosehead made were on the blue line.

Speaking of captains and ultimate leaders, Sydney Crosby returned to his old junior stomping grounds when he visited Rimouski, Quebec during the summer.

The Pittsburgh Penguins captain brought the Stanley Cup with him to celebrate the franchise’s second consecutive championship.

Crosby played for the Oceanic from 2003 to 2005, leading the club to a President’s Cup title in 2005 and a spot in that year’s MasterCard Memorial Cup which was held in London, Ontario. The Cole Harbour, Nova Scotia native collected back-to-back CHL Player of the Year awards during his time in Rimouski.