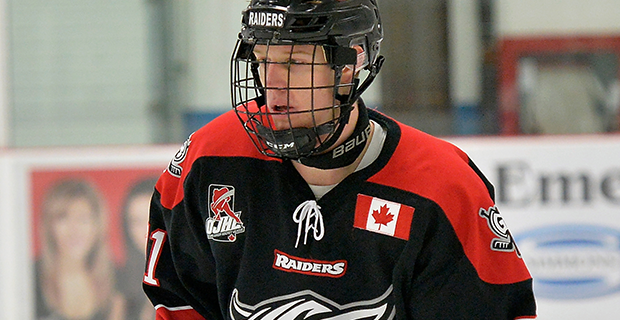 The Trenton Golden Hawks will once again host a prestigious event.

A year ago the Golden Hawks laid out the welcome mats for one of the OJHL’s Winter Showcases as well as the Dudley Hewitt Cup, a regional qualifier for the national RBC Cup Junior A championship.

As for this season, it was announced earlier this month that Trenton would host the Eastern Canada Cup All-Star Challenge.

This 10-team tournament, which runs Nov. 13 to 15, will feature representatives from five of the 10 circuits across the country that make up the Canadian Junior Hockey League.

The OJHL will be entering four squads into the event while the Central Canada Hockey League and the Quebec Junior Hockey League will be icing two clubs each.

All matches will be staged at the Duncan McDonald Memorial Community Gardens, the Golden Hawks’ home facility.

The tourney is expected to attract numerous scouts from the NHL as well as talent seekers from Major Junior franchises in Canada and university and college squads from both across the country and the U.S.

The event will also be used to identify some of the talent that will go on to play for the Team Canada East entry at this year’s World Junior A Challenge, which begins Dec. 10 in Truro, N.S.

Also in the OJHL:

Blistering Start For Hampton
Early indications are Georgetown Raiders forward Jonathan Hampton will greatly improve upon his stats of a year ago.

Hampton earned 21 points, including seven goals, in 42 regular season outings for the Raiders, who went on to capture the league championship. He ended up tied for 14th in team scoring.

As for this year, Hampton got off to a torrid start. After his first five games he was leading all OJHL goal scorers with six. He was also credited with three assists and thus was tied for top spot in the league scoring race.

But Tully, who built the Cougars’ squad that captured the national RBC Cup championship this past May, is no longer Cobourg’s general manager.

Instead, in mid-September it was announced Tully, a former pro hockey player, has been named as the Cougars’ alternate governor. Team owner Marc Mercier remains as Cobourg’s governor.

And Adam Yahn has taken over the Cougars’ GM duties. Yahn had joined the organization as a statistical analyst in 2015. Then last year he was named as Cobourg’s analytics coordinator as well as a scout.