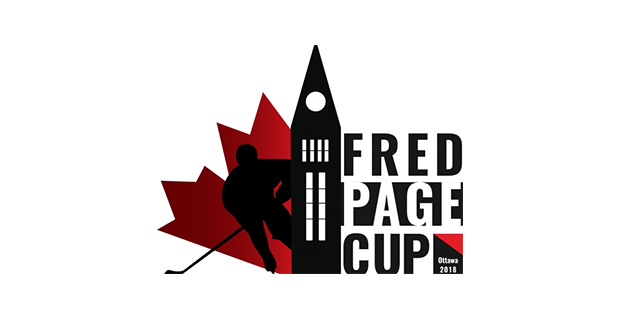 And then there were four.

This past August, 36 teams from the Central Canada Hockey League (CCHL), Maritime Hockey League (MHL) and Ligue de Hockey Junior AAA du Quebec (LHJAAAQ) had circled the dates of May 2-6, 2018 on their calendars.

That is when the 2018 Fred Page Cup, emblematic of Eastern Canadian Jr. ‘A’ supremacy will be contested at the Jim Durrell Arena in Ottawa’s south end.

Every one of those organizations started out with good intentions but since the end of the 2017-18 regular season and several rounds of playoffs, the pool has been whittled down to just four survivors.

One of those squads, the Ottawa Junior Senators (46-9-2, 99 pts.) of the CCHL knew they would be playing well into this spring when they were named hosts of the 24th annual event in October 2016.

But they didn’t rely on coming into the tournament as hosts and will arrive on the scene as CCHL Champions after disposing of the Carleton Place Canadians in five games in the league final.

With the victory, the Junior Senators celebrated their first Bogart Cup since 2002.

Carleton Place (53-5-1, 110 pts.) had been looking to make it five CCHL championships in a row before falling to Ottawa in the league finale.

Despite the loss, the Canadians will be making their fifth straight appearance at the Fred Page Cup dating all the way back to 2014 in St. Jerome, Quebec.

The LHJAAAQ will be represented by Collège Français de Longueuil (38-8-3-0, 79 pts.) who knocked off the Terrebonne Cobras in five games.

The NAPA Cup champs, Collège Français de Longueuil will be competing in their second consecutive appearance at the Eastern Canadian Championship. They lost out to the Carleton Place Canadians 2-0 in last spring’s semifinal.

Last May, Terrebonne hoisted the 2017 Fred Page Cup on home ice courtesy of their 5-2 victory over Carleton Place.

The Edmundston Blizzard (36-10-4-0, 76 pts.) captured the MHL’s Kent Cup after defeating the Yarmouth Jr. ‘A’ Mariners in six games to win their first ever Maritimes league championship.

The recently relocated franchise had been in Dieppe, New Brunswick for more than a decade and played as the Commandos from 2008-2017.

But in November 2016, it was announced that the franchise would be relocating to the City of Edmundston, New Brunswick for the start of the 2017-18 season.

They did quite a job in their first season in Edmundston, the Blizzard winning the divisional season championship as well as finishing first overall and taking home league playoff honours to advance to the 2018 Fred Page Cup.

The 2018 Fred Page Cup gets underway on Wednesday, May 2 with two games.

The round robin will continue on Thursday and Friday with the top team advancing to Sunday’s final on May 6.

The second and third place teams will square off in semifinal action on Saturday night, May 5.