Players Around the World Chime in on U.S. Women’s Hockey Boycott 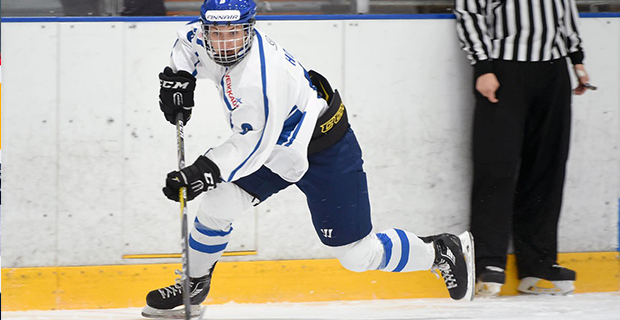 Finland forward Venla Hovi said the issues the U.S. women’s national team are fighting for are ones all the players know too well. (Courtesy of Liejonat)

Just four days away from the U.S. defending their IIHF women’s world championship title as the No. 1 ranked team in the world and the A-team, so far, will not be there.

And if it comes to it, it appears the B, C or D team won’t pull on a U.S. jersey either.

Players from U.S. development squads (U18 and U22 teams) to current Div. I NCAA, division III and even high schoolers have posted to social media in solidarity with the U.S. women’s team that despite receiving an inquiry from USA Hockey they will not take the place of the players who announced they would boycott the world championship earlier this month if change did not come from USA Hockey in the form of fair pay and equal resources.

U.S. forward Hilary Knight, who would have been on the hunt for her seventh world championship gold medal, had empathy for the teams travelling across the world to Plymouth for the IIHF women’s world championship that start on March 31.

“It is a travesty that all these elite teams are travelling from all over the world to come playing in Michigan at these world championships and anyone that wins a medal will have to have an asterisk beside it,” she said.

USA Hockey board of directors met on Monday, but a decision was not made on if they agree to the terms laid out by the women’s team.

RELATED: What will come of USA’s women’s worlds boycott?

Finnish player Venla Hovi is one of a few dozen international players who she said are “lucky” to play hockey in North America while studying at postsecondary school. Remaining optimistic last week that USA Hockey would agree to terms with the players, she admitted if they don’t it would be disappointing on two levels for her.

“This is the highlight for the whole year for me. I wait all season for these games at the world championship,” said Hovi, who plays at the University of Manitoba and is a two-time Olympian.

At the same time, Hovi respects what they are doing and says they deserve what they are asking for. The forward said the issues that the U.S women are fighting for are all too familiar for all the players that will skate onto the ice at the world championship.

“There is no support or any income for many national teams outside of North America. We have players that are in school or working full-time and they struggle financially. We have a couple players that are moms that are working full-time, taking care of their kids and heading to the arena to practice at 10 p.m. and back again at 6 a.m. before they head to work again,” said Hovi, adding that it can be tough even for some players to have to take from their small paycheques to pay for sticks.

Finnish goaltender Noora Raty made a statement of her own after the national team came in a disappointing fifth place at the 2014 Olympics, stating that she was retiring because of having to face the difficulties and pressures of being an elite athlete but not get paid like. Raty has since returned to play hockey. Playing in a men’s professional league in Finland, she also returned to the national team two years ago with her eyes set on the 2018 Olympics.

“My situation changed where I could play in a league where players were getting paid. For the women, the Swedish league has gotten a lot better,” she said.

With a year to go until the Olympics, Finnish coach Pasi Mustonen blasted the club system that the bulk of his players are under and the lack of support they receive from the men’s side. He said Sweden shows both men and women equal treatment and directing all resources to men and boys is “stone age” thinking. 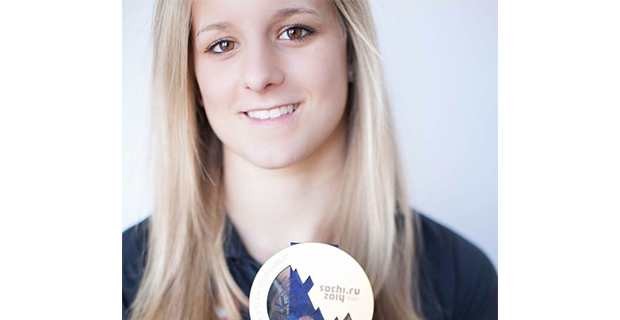 Team Switzerland forward Lara Stadler with her bronze medal from the Sochi 2014 Olympics. (Courtesy of Twitter)

The Swiss team, who won bronze at the 2014 Olympics, will not centralize prior to the Olympics, like the U.S. and Canadian teams do. Just as the rest of the European teams, the players will continue on with their club teams and play exhibition matches against both women’s and boy’s teams with their national teams in preparation.

It is for that reason Swiss player Lara Stalder, who just wrapped up an outstanding senior year with the University of Minnesota-Duluth where she was a Patty Kazmaier top-three finalist, said she also respects what the U.S women are dong.

“It’s a huge step and a good move for women’s hockey in general. I’m really impressed with the players who are putting their dreams on pause to play for U.S. for something bigger,” said Stalder. “I hope they can come to an agreement and they don’t bring a fill-in team because I would be disappointed.”

Since Switzerland won the bronze medal at the 2014 Olympics, Stalder said women’s hockey in her home country has gained a new respect.

“I feel like there has been some investment in women’s hockey and it was a step in the right direction. We qualified for the 2018 Olympics in February which was another good step. Even our qualifying games were shown on TV.”

Stalder said she can recall a time when she would have to pay to attend national development team camps. She said that has since changed, however players still just get by financially.

“We have come a long way but it was little steps. There is so much passion on our team for the game, there has to be. Everyone does it because they love this sport to the bottom of their heart. They love to play for their country and sacrifice taking time off work. They suffer through those late night ice times to practice and still come and give their best because that is how much it means for us. Hockey is growing right now at home, it just takes time,” said Stalder.

With her NCAA career over, Stalder said she will most likely head to Sweden to play in a women’s league there. One where they do receive a small stipend, they have professional resources, equipment is covered and housing.

Russian player Iya Gavrilova, who was a standout with the University of Calgary Dinos and a rookie with the Canadian Women’s Hockey League Calgary Inferno this season, said she understands why the players are fighting.

“I think they are doing the right thing. It is not easy for them to come to the decision to not play in their home country. They felt they had to make something happen to get fair treatment. As an athlete the support from your federation is important,” said Gavrilova.

However, she also knows this is the last major tournament for many of the countries before the Olympics.

“I wish the decision would be made in their favour. Obviously when we come to the world championship, we want to play against the best in the world. Unfortunately, right now we don’t know if that will happen, or if it will be some other hockey players we will face or any team at all,” said Gavrilova, whose Russian national team was scheduled to play the U.S. on April 1.