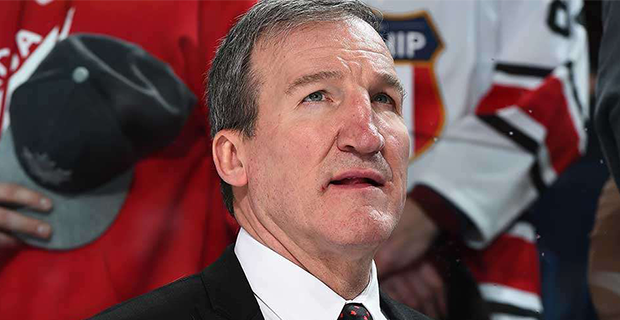 With Team Canada on the hunt for gold, it only makes sense to go out and get a Hunter.

With that in mind, Hockey Canada got their man in Tim Hunter, who’s been named head coach of Canada’s National Junior squad.

He returns to the team for his third-straight year behind the Team Canada Junior bench, serving the last two seasons as an assistant coach.

Hunter won back-to-back medals as an assistant coach with Canada’s National Junior team, earning gold in 2018 and silver in 2017. He also won a bronze medal as head coach of Canada’s National Men’s Under-18 team at the 2015 International Ice Hockey Federation U18 World Championship.

Prior to joining the Warriors, he was an NHL assistant coach with the Toronto Maple Leafs, San Jose Sharks and Washington Capitals.

As a player, Hunter suited up in 815 games over 16 seasons with the Calgary Flames, Colorado Avalanche, San Jose and Vancouver Canucks, capturing the Stanley Cup in 1989 with Calgary.