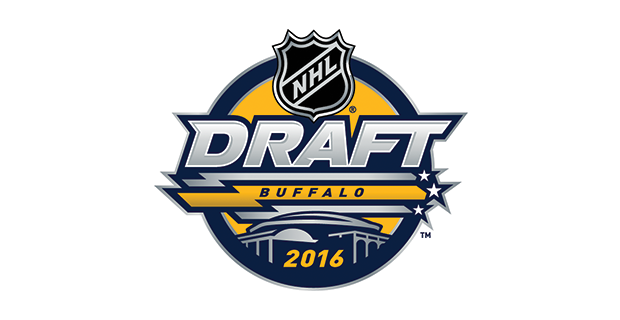 For the third time in hockey history the NHL Draft is shuffling off to Buffalo, with the big show slated for June 24th and 25th.

In 1991, "The Big E" hit "The Big B,” as Eric Lindros was selected first overall at the first-ever NHL draft in Buffalo. Lindros, you'll remember, created a huge stir by refusing to follow protocol and pull on the jersey of the Quebec Nordiques after his name was called on draft day. Definitely not nuts about the Nords, Lindros was later traded to the Philadelphia Flyers in a blockbuster deal that saw Peter Forsberg head the other way, with Forsberg eventually winning a pair of Stanley Cups when the Nordiques moved to Colorado. Lindros, on the other hand, saw his career come to a Cup-less and frustrating conclusion after suffering a series of painful concussions that kept him from fulfilling his ultimate hockey destiny.

Following the "Lindros Affair,” the NHL Draft returned to Buffalo in 1998.

I'm certain of this because, well, I happened to be there. I admit that fact isn't exactly a big deal, as I attended only as an interested spectator. (TSN held the rights to the draft back then and I had just left TSN and was about to begin working for Sportsnet.) However, truth be told, the draft itself wasn't much of a big deal either.

Yes, Vincent Lecavalier was picked first overall in '98; a quality selection of a quality player who eventually captained the Tampa Bay Lightning to a Stanley Cup. But the '98 draft also featured a veritable "Who's Who" of opening round busts, with Canadian NHL squads feasting on extremely slim pickings. The Vancouver Canucks (Bryan Allen, fourth overall) and Toronto Maple Leafs (Nik Antopov, 10th overall) fared well, as Allen and Antopov both ended up playing over 700 NHL games. The rest of the Canadian clubs, however, failed to find any gems at all in one of the weakest talent pools in NHL Draft history. Rico Fata (Calgary, sixth overall), Michael Henrich (Edmonton, 13th), Mathieu Chouinard (Ottawa, 15th) and Eric Chouinard (Montreal, 16th); not one memorable player from a very unmemorable draft.

My favourite memory of the '98 draft?

Watching hardworking Brad Moran, the early "franchise guy" of the Calgary Hitmen, being picked by the hometown Buffalo Sabres. I spent two years as the radio play-by-play broadcaster with the Western Hockey League Hitmen, and it was a pleasure watching Moran, a shy 16-year-old, eventually blossom into the captain and leader of the Hitmen. Moran, in fact, is still the franchise scoring leader. But back in '98, Moran was a quiet teenager who broke Don Cherry's rule by attending the draft in Buffalo. Cherry, the legendary "Coach's Corner" king,  frowns upon young players going to the draft unless they're 100 per cent confident of being selected in the early rounds.

There's something sad about watching a disappointed youngster sitting up in the stands in a fancy new suit waiting, round after excruciating round, for his name to be called. In some cases, that call never comes. Moran, however, was under no illusions about being picked early. He just made up his mind that he wanted to be in Buffalo for his draft day  and when the Sabres finally called his name in the seventh round, 191st overall, Moran wore a grin a mile wide and I was excited to be there to see it. Unfortunately, Moran never played a game with the Sabres. But he did suit up for a total of eight NHL games with Columbus and Vancouver - part of a long and successful hockey career that included numerous games in the American Hockey League and stops in European ports such as Austria, Sweden and Switzerland.

Now, of course, it's 2016. The NHL draft returns to Buffalo in a few weeks. Brad Moran, meanwhile, is now married with two young sons and, at the age of 36, is preparing to play his final season of professional hockey next year with the Nottingham Panthers, a pro team in England.

Yes, time really does fly and as time goes on it will be extremely interesting to see how the talent in the 2016 NHL draft eventually pans out, as the hockey world prepares to descend on Buffalo one more time.