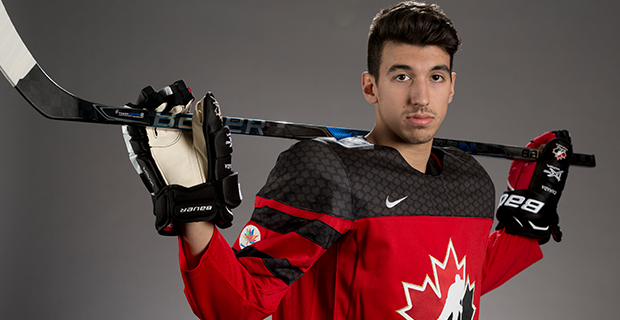 Team Canada is finalized and ready to play for World Junior gold.

Hockey Canada released the final five players Friday night after the team completed its four-day selection camp with a 5-2 win over Team Denmark in St. Catharines.

Eleven cuts were made over the past two days and among them were surprising choices Cody Glass and Nick Suzuki, both top-15 selections in the 2017 NHL Draft who seemed poised to earn a spot on the roster. There was also goaltender Michael DiPietro, an 18-year-old who many believed would have been beneficial to the team as a young goalie who could learn and still be eligible to return to next year’s team.

During the selection camp, Canada was swept in its two-game series against the U SPORTS all-stars, losing by scores of 3-0 and 4-3 to a team that included former CHLers such as Cole Sanford, Spencer Abraham, Logan McVeigh, Stephen Harper and Luke Philp.

While that may sound disappointing for the Canadians, let’s remember that the U SPORTS team has players who may be up to five years older than the World Junior hopefuls.

As expected, Canada’s roster will have seven returning players, including goaltender Carter Hart from the Everett Silvertips.

They’ll be accompanied by defenceman Victor Mete, who spent last year with the London Knights and earned a spot with the Montreal Canadiens this season before he was loaned to the junior team.

Heading into the tournament, a lot is expected out of newcomers like Kyrou, the OHL’s leading scorer, Steel, last year’s WHL player of the year, Steenbergen, the WHL’s goal scoring leader and Makar, the fourth overall pick in the 2017 NHL Draft.

They’ll face the Czech Republic Wednesday in London and Switzerland Friday in Hamilton. They’ll follow with the tournament opener against Finland on Boxing Day.