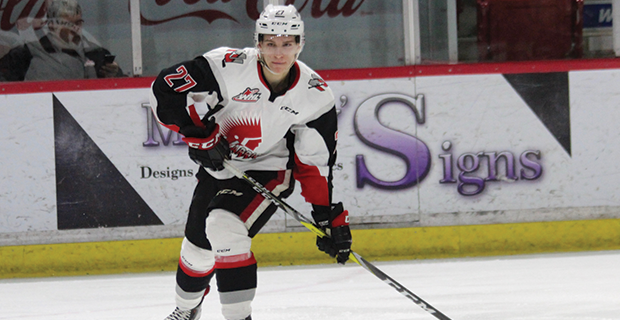 Luka Burzan, C, Moose Jaw Warriors, WHL
Height: 6’0”
Weight: 185 lbs.
Shoots: Left
Born: January 7, 2000 – Surrey, British Columbia, Canada
Draft: 2015 WHL Draft - Round #1 (6th overall) by Moose Jaw Warriors
The 2015 B.C. Hockey Now Minor Player of the Year has turned heads early in his Junior Career. Burzan has a scoring touch and an above average hockey IQ which allows him to see the ice and be creative with his passing. Has a knack for hitting linemates with a pass right on the tape at top speed. Plays a real good game away from the puck and is defensively responsible and a relentless forechecker. Doesn't hold on to the puck for too long and likes to find an outlet to generate offence out of the defensive zone. Skates well for a big kid and transfers his weight real well. Draws in the defence creating space for him to send a pass to open ice. Quick hands and will be the first to dig loose pucks out of the scrum. Likes to shoot when given the chance and has a lighting quick wrist shot.

2016-17 Season: Burzan finished his first season in the WHL in the top 20 in rookie scoring with 14 goals and 27 points while seeing action in 66 games. He saw some time on the Power Play contributing 2 goals. He also dressed for Canada (Black) in the Under-17 World Hockey Challenge where he had 2 goals in 6 games. 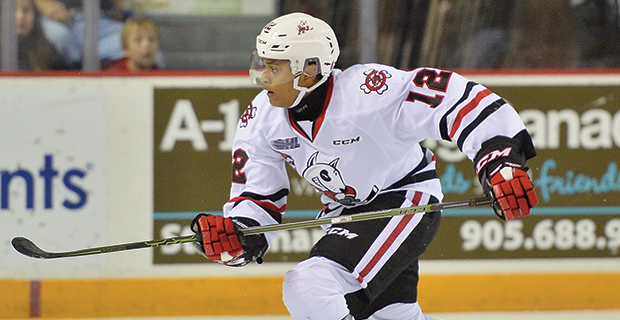 Akil Thomas, RW, Niagara IceDogs, OHL
Height: 5'11"
Weight: 170 lbs.
Shoots: Right
Born: January 2, 2000 – Brandon, Florida, United States
Draft: 2016 OHL Draft – Round #1 (12th overall) by Niagara IceDogs
Strong skater who wreaks havoc for any defenceman trying to stop him in his tracks. Physically strong and shows off his strength in every situation. Hides his hands well and makes it difficult to decide if he is shooting or passing the puck. Protects the puck well and shows prowess for fending off defencemen. Will dig pucks loose out of the corners and slats hard to the net. Doesn't shoot as often as he should but has a hard accurate shot on goal. Can also shoot a wicked wrister using his quick and deceptive hands. His speed and strength make him nearly impossible to contain in traffic. Needs to play consistently every night and play a little more selfishly with the puck and shoot more often.

2016-17 Season: In his first season with Niagara, he posted nearly a point per game with 21 goals and 48 points in 61 games, good for 3rd in the OHL in rookie scoring. Also dressed for Team Canada in both the Under-17 World Hockey challenge (Canada White) (6GP, 2G, 1A) and Under-18 World Jr. A Challenge. 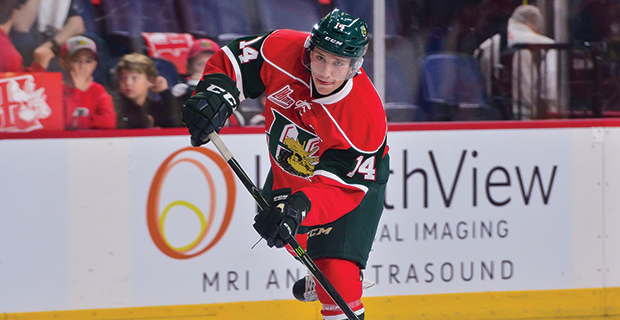 Jared McIsaac, D, Halifax Mooseheads, QMJHL
Height: 6'2"
Weight: 209 lbs.
Shoots: Left
Born: March 27, 2000 –Truro, Nova Scotia, Canada
Draft: 2016 QMJHL Draft – Round #1 (2nd overall) by Halifax Mooseheads
Great size and mobility and has the potential to be one of the best all-around defencemen in the draft. Always in control and plays a very heads up game with no panic. Seems to always be in the right position on the ice and is the point man on the first PP unity for Halifax. Has shown flashes of pure dominance and at other times flashes of playing not so dominantly, which makes him more noticeable when he makes a mistake. Great skater who shows tremendous balance on his edges and has an explosive first step. Will carry the puck up ice and skate himself into an offensive opportunity or can stickhandle through traffic, drawing attention to himself and creating open space to make a play. Trimmed down and added more muscle to his frame in the offseason and looks poised for a big year. Has a lot of responsibility this season on a young but exciting team in Halifax.

2016-17 Season: McIsaac was a standout on a rebuilding Halifax team as a 16-year-old dressing in 59 games and scoring 4 goals and 28 assists. He also dressed for Team Canada as an Assistant Captain in the Under-17 World Hockey challenge (Canada White) (6GP, 2A) and Under-18 World Jr. A Challenge (5GP, 2A).