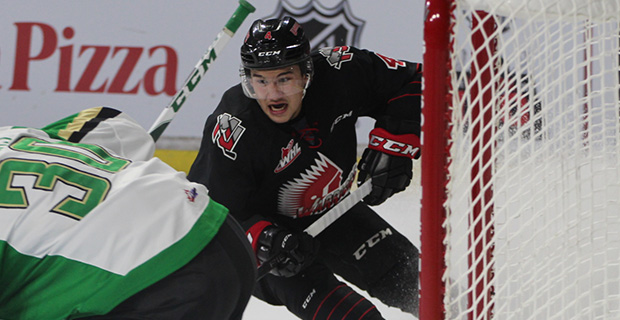 Jett Woo, D, Moose Jaw Warriors, WHL
Height: 6’0”
Weight: 201 lbs.
Shoots: Right
Born: July 27, 2000 – Winnipeg, Manitoba, Canada
Draft: 2015 WHL Draft - Round #1 (4th overall) by Moose Jaw Warriors
Woo not only owns one of the best names in hockey, he is a really good hockey player too. A physically strong and intimidating presence on the blue line which is surprising for a kid so young to have that type of confidence so early. Will hit opponents with clean, brushing body checks at any given opportunity and loves that aspect of the game. Almost always comes away with the puck coming out of the corners. Gets good looks in the passing lanes and moves the puck effectively out of the D zone. Power play QB and is intelligent and patient in the offensive zone. Strong skater who has a very active stick and can break up plays in the neutral zone and quickly transition to offence. Tough to beat and waits for the offensive player to make a move and he adjusts his coverage well on the fly.

2016-17 Season: Woo finished his first season in the WHL in the top 25 in rookie scoring and top 10 in Rookie defencemen scoring with 5 goals and 22 points while seeing action in 65 games. He saw some time on the PP, contributing 2 goals. He also captained Team Canada (White) in the Under-17 World Hockey Challenge where he had 4 points in 6 games. He also scored once and added an assist in the WJC Under-18 tournament for Canada. 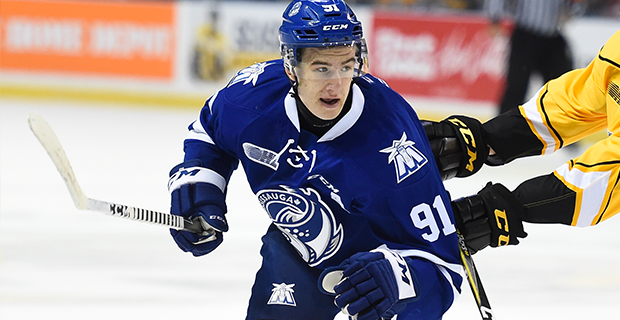 Ryan McLeod, C, Mississauga Steelheads, OHL
Height: 6'2"
Weight: 205 lbs.
Shoots: Left
Born: September 21, 1999– Mississauga, Ontario, Canada
Draft: 2015 OHL Draft – Round #1 (3rd overall) by Flint Firebirds
Big bodied power centreman who has the skillset to be one of the next big power forwards. Has the ability to control the pace of the game and can slow the play down when he feels he needs to. A great playmaker and is a complete player with and without the puck. Takes care of his defensive zone when he is not controlling the offense with his playmaking ability. Reads plays well and has good hockey instincts. Has a hard, accurate shot when he decides to shoot the puck. Natural centreman who plays high in the offensive zone to keep the play in motion and is there to intercept breakouts and force turnovers. Only looks like his brother Michael but does not play like him – he is not as energized but rather calm and cool. Needs to build up lower body strength and skating and his first step explosiveness will improve.

2016- 17 Season: Playedin his second full season and posted 9 goals and 42 points while taking 111 shots on goal playing in all 68 games. In the playoffs, he averaged a point per game with 5 goals and 20 points in 20 games before bowing out in the OHL finals to the Erie Otters. 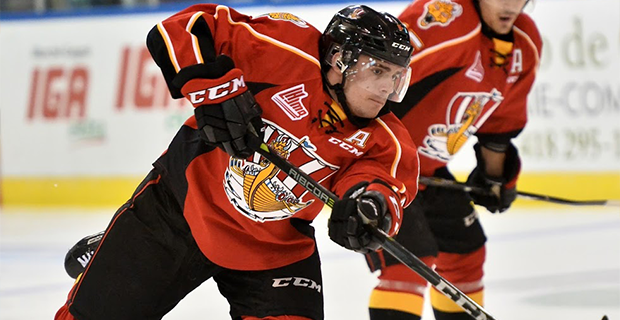 Gabriel Fortier, C/W, Baie-Comeau Drakkar, QMJHL
Height: 5'10"
Weight: 190 lbs.
Shoots: Left
Born: February 6, 2000 –Lachine, Quebec, Canada
Draft: 2016 QMJHL Draft – Round #1 (4th overall) by Baie-Comeau Drakkar
Versatile player and can play down the middle or on the wing. Great awareness on the ice and knows where his linemates are at all times. Can play on any line and have success. The "straw that stirs the drink" as far as offensive awareness goes. Keen instincts and real effective on the rush. Smooth skater who has an extra gear that helps him gain separation quite easily. Protects the puck well with his body and is strong on his skates. He can pivot in tight spots and likes to dart in and out of traffic. Small in size but strong in heart on the ice. Likes to drive hard to the net, scrambling for rebounds and will use his strength to drive into coverage and create turnovers. Positions himself in the passing lanes to break up opposing breakouts and not afraid to get his hands dirty in the corners.

2016- 17 Season: Fortier missed the first half of the season after suffering a shoulder injury at Canada's under-17 camp in Calgary over the summer but made his debut in January against Halifax (ironically against older bother Maxime.) He finished the season playing in 25 games and scoring 11 goals and 17 points. He only played in one playoff game and Baie-Comeau was swept by Charlottetown.