From the Press Box: Winning Formula 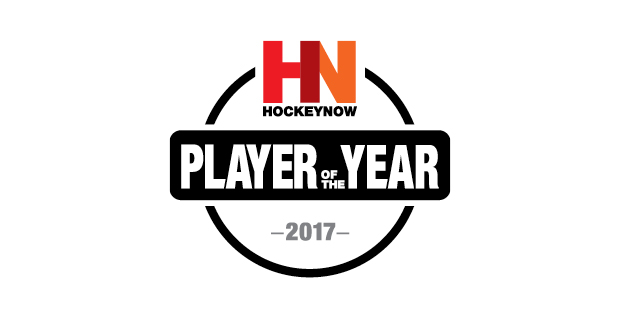 If you’re a frequent reader of HockeyNow, I’m sure you’ve seen one version or another of our description of the Minor Hockey Player of the Year award, namely that it is given to players who “best exemplify sportsmanship, leadership, hockey ability and performance, and school and community participation.”

But what exactly does that mean? Well, the most important takeaway is that first and foremost, the HockeyNow Player of the Year award is a hockey award. When we start looking for our finalists, which hopefully you’ve been watching this past year, we’re looking for the best of the best in hockey ability. With the likes of Karl Alzner, Ryan Nugent-Hopkins and Colin Fraser having proudly received the award, our winners are hardly underdogs.

This year, we once again got to witness some of our former players of the year continue to fulfill their potential by taking huge next steps in their careers. 2015 Ontario winner Gabe Vilardi capped off an incredible season and Memorial Cup victory by being picked up 11th by the LA Kings at the draft last month. 2012 B.C. winner Matt Barzal joined Vilardi at the Memorial Cup after leading the Seattle Thunderbirds to a surprise national berth, only a few months after he proved to be one of the key players (#3 in points) on Team Canada at the World Juniors. 2013 B.C. winner Dante Fabbro was also part of this year’s Canadian WJC entry and put on a performance that proves he’s ready for the next level.

With so many incredible Player of the Year alum, and a country so rich in hockey talent, the pressure is always on to zero in on the best – and this year was no different.

Although we once again had some stellar contenders – make sure to check out our website to see who was in the running – our 2017 winners stood out for being complete players, leaders and all-around mature and focused individuals on and off the ice.

The 2017 winner for B.C., Justin Sourdif, edged out the competition after wrapping up a huge season with the Delta Hockey Academy Bantam Prep team by capturing the #1 spot in points at the U16 B.C. Cup – all while maintaining a solid leadership role and team first mentality. Sourdif went third to the Vancouver Giants at the WHL Bantam Draft and there’s no question he’s going to do big things in the coming years.

As for the Alberta Player of the Year, Kaiden Guhle, he’s just been getting better and better all season and for his part, he clinched the #1 spot at the WHL Draft (to the Prince Albert Raiders) after being named the CSSHL’s top defenceman in the Bantam Prep Division. Kaiden plays with an edge and maturity beyond his years and is always one step ahead of the competition – as was the case with our player of the year selection.

Finally, our pick for Ontario, Jack Hughes, comes from a long line of crazy hockey talent and has some giant shoes to fill but instead of letting the pressure get to him, he’s been more than living up to his family legacy. He went eighth to Mississauga in the OHL Priority Selection and racked up huge points with the Toronto Marlboros this past year. He’s already receiving tons of attention, something he should probably get used to with his level of talent.

We’re so proud to be able to give this award to these three deserving young men. You can find out more in this issue about the award and why Justin, Kaiden and Jack were our top selections this year.

Make sure to follow us online, on Twitter and Facebook and in our newsletter as we keep bringing you the latest in the promising hockey careers of these and all of our players of the year.