From the Press Box: We knew we were on to something… 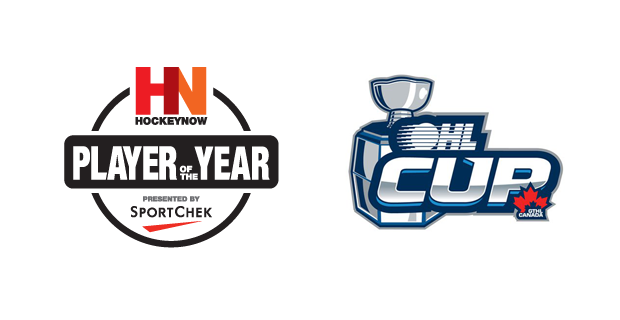 It’s been a big month in minor hockey, and we’re just getting started. A huge March highlight has of course been the OHL Cup, which slates 20 Minor Midget teams from across Ontario and some of the United States in a showcase tournament. The top teams in the GTHL, OMHA, ALLIANCE, HEO, HNO, NOHA, and two teams from the States make up the 16 teams who are guaranteed spots, plus another four wildcards, bringing the total to 20.

The Cup is a treat to watch because we get a glimpse of the next big stars—and it’s extra special for us at HockeyNow as we get to see some of the guys on our Minor Hockey Player of the Year preliminary lists shine. As our valued readers know, the Player of the Year award is given out annually to a player in BC, Alberta, and Ontario who shows great promise in sportsmanship, leadership, hockey ability and performance, and school and community participation. Leading up to the award presentation in July, our selection teams rank players in each province and eventually narrow the list down to 10 finalists per region.

And we get the privilege to watch these shortlisted players in tournaments such as the OHL Cup.

This year, 11 players on the Player of the Year preliminary list for Ontario represented at the showcase tournament. We saw Dennis Busby of the Barrie Colts, Declan Chisholm of the Don Mills Flyers, Nathan Dunkley of the Quinte Red Devils, Hunter Holmes of the Niagara North Stars, Owen Lalonde of the Windsor Spitfires, Travis Maillot and Luke Moncada of the Toronto Red Wings, Jack McBain of the Don Mills Flyers, Allan McShane of the Toronto Marlboros, Ryan Merkley of the Toronto Jr. Canadiens and Peter Stratis of the Mississauga Rebels.

All of these players achieved so much just by being there—don’t forget it’s only the top seeded teams who are invited to participate in the prestigious affair… ok, plus a few wildcards.

Merkley and McBain helped bring their teams to the semifinals, McBain squeaking onto the Top 10 OHL Cup scorers list. McShane showed well with 5 points in 7 games and made it all the way to the championship round, only to lose in double overtime to the York Simcoe Express.

Perhaps the most incredible story is that of Niagara North forward Hunter Holmes. There’s no question his team had a disappointing run at the cup this year. The Stars only played four games and saw all but one loss during their time in Toronto. But here’s the incredible part—in those four games, Holmes scored six goals and notched three assists, putting him at the top of the lists for top scorers (#3), goal leaders (#2), goal streaks (#2), power play goal leaders (#2), and assists streaks (#3) at the OHL Cup this year. Wow.

So, good job prospective HockeyNow Minor Hockey Players of the Year! We can’t wait to watch what you’ll do next.

Make sure to follow along with our selection process. Preliminary lists are published in the print edition, as well as online at hockeynow.ca.

We hope you enjoy this month’s edition. Thanks for reading and see you at the rink!