From The Press Box: Teenagers Captivate Our Christmas

Every Canadian's unparalleled passion for hockey is innate—it's in our hearts, in our blood and in our cold on-ice stares. 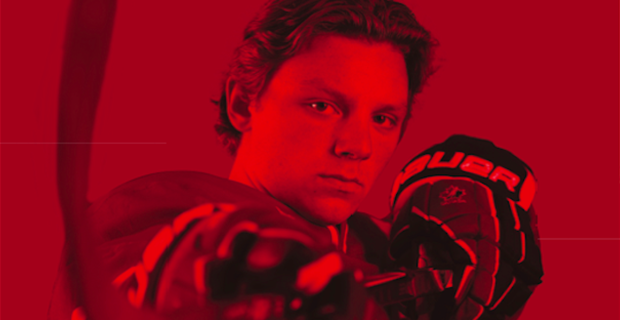 It’s really incredible how much my Christmas schedule has revolved around the IIHF U20 World Championship, aka the World Juniors over the last 20 years. Yeah, I’m getting old.

I plan breakfast menus, travel plans, showers, trips to the gym and, oh yeah, hanging out with family around the broadcast schedule.

Canada lost in January 1986 to the Soviets in Hamilton. The following year, every country was out for blood. The Punch up in Piestany occurred and I will never forget watching that on a very grainy 13-inch black and white television accompanied by a fancy set of rabbit ears. And when I say grainy I mean 179.5 degrees from HD. But, I stood for about 98 percent of the whole game, partly to squint at the TV from one foot away. These teenagers put it all on the line for Canada captivating Christmas, at least for me.

We all know how it ended.

From there I think Canadian fans and Hockey Canada (then known as Canadian Amateur Hockey Association) really started to pay attention. Oh, and so did the media. Hence allowing us to see and read about the action.

1993 hit and a five-year run of gold medals began. Queue the spoiling of Canadian fans. The debacle of 1998 rings loud in my memory capping it off with a loss to Kazakhstan (maybe the only year where the passion didn’t seem to be there). Then a six-year run of four silvers and two bronzes and the general sense was that the sky was falling because there was no gold. It’s really incredible that Canada went on a 14-year medal run from 1999 to 2012. In 11 of the 14 years, Canada made the final, but lost six times winding up with the silver. The really bitter memory in all this was that three of those losses were on home soil (Winnipeg 1999 loss to Russia, Halifax 2003 loss to Russia, and Saskatoon/Regina 2010 loss to USA).

One of my all-time favourite memories was from 2004. The tournament was in Finland that year. Like every year that the Championship is in Europe, I looked at the broadcast schedule early and planned for 4:00 a.m. alarms to get me up so I could watch the games live. It was also the first year I had Christmas in Alberta with my in-laws. My wife and I met earlier that year and I found out really early that she wasn’t a huge hockey fan. I also found out in advance that her family was quite a sporting family, but hockey wasn’t a passion of theirs. I didn’t give that much credence – I was pumped to watch Team Canada at 4:00 a.m. and figured since the family was in small town Alberta they must be fired up for the World Juniors too.

Off to bed the night before game two (I was home for game one) and I set the alarm for 5:00 a.m. so I could get up, make coffee and watch the preview coverage. The alarm goes off, I bolt up and hit it after one ring. My wife bolts too and asks “what on earth are you doing?” and I tell her that I’m just going to watch the Canadian game. Words can’t describe the look of confusion and shock on her face. The game goes well, Canada beats Switzerland handily. Everyone is still in bed so I go back to sleep for a couple of hours. When I get up and go upstairs her entire family was in the kitchen and they had heard about my early morning. They all spun and stared at me with a look of disbelief. They have since realized I have passion for this tournament of teenagers, but they still look at me funny on game days.

I, like many of you, have a ton of great memories. I can’t wait for Boxing Day this year. Funnily enough I will be back in Alberta. I will have the alarm set for 5:00 a.m. to get up to watch Canada vs. Germany.

Yes, the whole family may exchange knowing glances, but they won’t be shocked to see me getting up that early.

Who else allows these teenagers to captivate their Christmas? Comment below.