From the Press Box: Just Getting Started 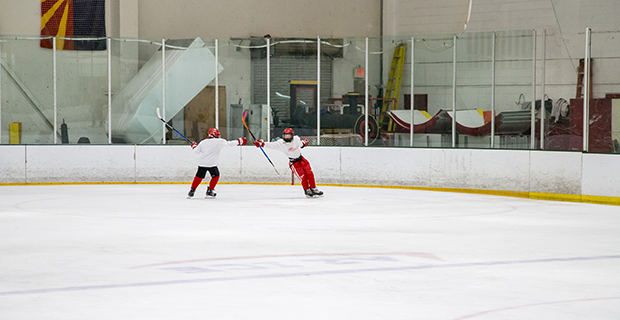 Once again, we went from counting down the days to the puck dropping in the fall, to wondering where the time went as the regular season winds down. For parents, this time means a final push through the dark days of the season’s end, maybe giving some consolation and hopefully chauffeuring a drive to provincials. For players and team staff, this time means finding that extra burst of motivation and taking that last chance to stand out. For us at HockeyNow, this time means ramping up our coverage as we head into league, provincial and national championships.

If you follow us online, you know that we’ve introduced a new weekly series on the Road to the RBC Cup. We’re watching closely as 132 teams in 10 leagues get whittled down to four contenders. Make sure to catch it on our website and in our weekly newsletter.

And even though it’s still months away, we also can’t help but start speculating on what the Memorial Cup will look like this year. We saw tons of great Canadian talent take the world stage last month and I’m sure we’ll get the chance to see a few them do it again in Windsor this spring.

It’s always so great to see players become household names when they take part in these events and once again, we got to see that happen with two of our former Player of the Year winners, Dante Fabbro (2013) and Mathew Barzal (2012), who were standouts for Team Canada at the WJC.

We’re still working hard to narrow down who will take the POY honours this year. Make sure to check out our latest preliminary lists in this issue, and keep an eye out for special features coming up on some of these shortlisted players. We’ve had the privilege of watching last year’s winners, Josh Williams (B.C.), Bowen Byram (Alberta) and Owen Lalonde (Ontario) making their CHL debut and tearing up the AMHL and CSSHL and we can’t wait to recognize three more great minor hockey players in July.

Finally, we’re doing something a bit different this month by sitting down with Calgary Flames assistant captain Sean Monahan, an all-around nice guy with some pretty stellar minor and major junior hockey highlights to look back on. Sean told us all about his personal journey to pro and the choices he made that helped him get there. And somehow he’s managed to do it all while still being the same approachable and humble player he was in his minor hockey days.

We hope you enjoy it. As always, thanks for reading. If you like what we do, make sure to follow us on Twitter and Facebook, and check us out online. Plus, we’ve just introduced a new contest around our newsletter with tons of great prizes, plus a grand prize draw, so sign up if you’re looking for some fresh weekly content and a chance to score some gear.