From the Press Box: Full Season 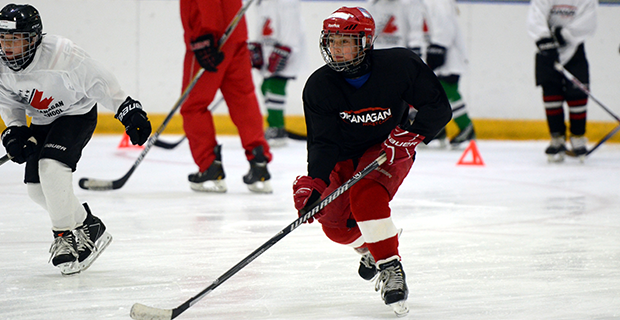 Things are ramping up, both on the ice and for us at HockeyNow.

We have so many special things coming up soon and we can’t wait to share them with you. We’ve just released our lists of nominees for our third annual Fans’ Choice Awards. Look for our announcement in this issue and the full lists and voting form on our website. Don’t miss the chance to vote for your favourites and help us honour Canada’s hockey bests.

Voting is open now and closes on December 1st, with winners announced on December 20th (in print) and December 22nd (online).

And even though it’s still a few weeks away, we’ve already been working hard to put together the 2017 edition of our Christmas Gift Guide.

This year’s gift guide is our biggest one yet but we still have room for a few more hockey must-haves. If you know of a great product that everyone should have on their list this year, get in touch. Our Gift Guide comes out in our November 25th edition, with roll out online and on social media.

Something we look forward to every October is ISS Hockey’s first NHL Draft eligible prospects list of the year. A lot could change between now and June, but right now it’s looking like it should be another big year for the WHL, OHL and QMJHL.

And of course, we’re always thrilled to see some of our former Minor Hockey Players of the Year on the list. Our 2015 Alberta winner Ty Smith is sitting at #10 and 2016 winner Owen Lalonde is just a few down at #28. We’ve been following these guys for awhile and we can’t wait to see what they do this year and what draft day looks like for them.

Joining our long list of players of the year will be our next winners in July 2018. We’re back in action this month with our first regional preliminary lists of promising young candidates, in this issue and online. We have a few exciting new features planned this year around our POY nominees so stay tuned!

We also got to see two of our 2017 Players of the Year winners rip it up earlier this month at the rebranded WHL Cup in Calgary. Alberta’s Kaiden Guhle and B.C.’s Justin Sourdif, the #1 and #3 picks at the 2017 WHL Bantam Draft, were both named All-Stars and we’re bound to see more big things from these two this year as they prepare for their first season of WHL eligibility.

Make sure to pick up the latest edition at the rink, follow us on Twitter and Facebook, and sign up for our newsletter so you can catch all the latest from us. We have a lot of great content planned this year, and some awesome contests too so visit us at hockeynow.ca to see what you’re missing. And don’t forget to vote for your favourites in our 2017 Fans’ Choice Awards!