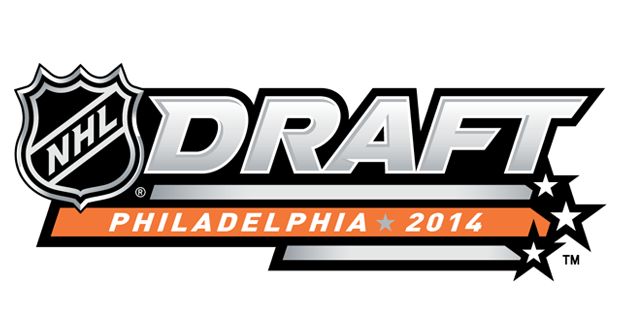 Ten years ago, a lot of the players going into the 2014 NHL Draft started appearing in stories in HockeyNow. Obviously not every player, but big a percentage of the Canadian players that will get drafted have been written about many times over the last ten years.

At this time every year, we get a chance to look back at some of the events we have covered that so many of the Canadian draft-eligible players were a part of.  Many of these guys have been prominent players on their teams at some of the key tournaments and regional championships.

Now it’s time to take our eyes off the spring tournaments they played in as eight-year-olds and the big peewee and bantam tournaments that started getting them regional and national coverage and then on to Junior A or Major Junior that is the pinnacle of our coverage of them. It’s time to see where their next step takes them. They won’t all move on and make big impacts, but some of them will carry on and have long careers.

It must be an incredible time for these guys.

The range of emotions must be off the charts; meeting with agents, or not meeting with agents if NCAA is on the horizon, prepping for combines and team-by-team workouts and weeding through all the noise to stay in shape and healthy, and getting ready for next season, wherever they may be playing.

Another aspect that I personally love tracking and looking back on after some years go by is where some of these players land after the pick that is used to take them has been traded, sometimes several times.

Being an Islanders’ fan, just one of thousands of examples was at the 2009 draft. The Islanders traded up in the first round from pick 16 to pick 12 to take Calvin de Haan for the 16th (Nick Leddy to Minnesota), a round 3 pick (Matt Hackett) and a round 7 pick (Erik Haula). Turns out the 16th pick and the third-round pick came from Columbus. Those picks both got moved to Minnesota for multiple picks. Most notably, Kyle Palmieri and Casey Cizikas, both of whom have now established themselves as NHLers. Wildly enough, the Palmieri pick came from Ottawa for Mike Comrie and Chris Campoli, it then became part of the New York–Columbus deal. Later that day, Columbus traded the pick to Anaheim. So the Palmieri pick went from Ottawa to New York to Columbus to Anaheim all before Palmieri was even drafted.

Confused? We all are. The point is, though, that so much happens with these picks and tracing it back is really a lot of fun.

This year there are some supremely talented players, especially in the top 10. Our friends at ISS have given us a pile of insider information and lists that our writers have distilled down and massaged into our best ever NHL Draft Preview.

Our 16th annual NHL Draft Preview has some awesome in-depth data on the top 10 ranked players, and a snap shot of the next 40.

It should be really interesting to see what teams like Florida and Edmonton do. They are both set up with a decent amount of prospects, but desperately need some NHL-ready players. A team like Calgary needs prospects and should keep their pick. And speaking of the Islanders, they have loads of prospects especially at defence—what they need is some quality third liners and a veteran defenceman. Point is, it will be really interesting to see how it all shakes out, picks will be moving and in a few years we can trace back to see who got moved multiple times before landing with their team.

Enjoy our NHL Draft Preview, we had a great time putting it together.