From the Press Box: Back to Reality 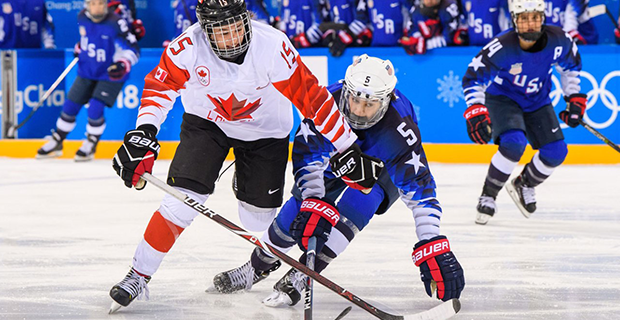 We had to settle for bronze and silver this year, which hurts after Canada’s world domination on the hockey rink has pretty much become a staple of the Winter Olympics.

Of course, no one knew what to expect from our men’s team this year. Their bronze could pretty much set the stage for the roster to be picked in the same fashion in coming years. But who knows what could happen between now and 2022.

As for the women’s team, no one can question what an incredible pre-Olympic and Olympic run they had. And there is nothing more heartbreaking than losing it all in a shootout. But with the Canadians and Americans neck and neck all season, it seemed only fitting that the medal was decided that way – as truly painful as it was. As cliché as it is to say, it’s so true that Team Canada should be so proud of their performance even if they didn’t come home with the medal they wanted. They played their hearts out and left it all on the ice. It was thrilling to watch.

On this side of the world, we have plenty of great hockey to look forward to as the playoff picture is really starting to taking shape. Minor and CSSHL teams are making their final push and Junior A teams are narrowing in on their hopefully long playoff runs with the elusive RBC Cup as the ultimate prize. On the major junior side, there have been some huge surprises in the last days of the regular season that should guarantee some great playoff games and Memorial Cup matchups.

Of course, we also have some great spring tournaments just around the corner. If you’re looking for a tournament to join or watch this year, make sure to start on our website. And while you’re there, check out our Hockey Schools handbook, also available in this edition.

Good luck to all the players making their final push of the season!

It’s always sad to see the Olympics end but we’re so lucky as Canadians to have so much more to keep us cheering through to the summer months.