From the Press Box: At the top of their game 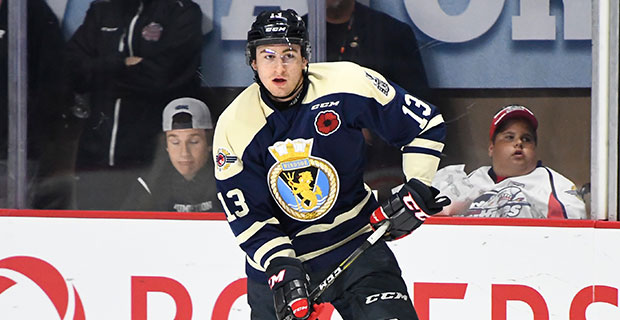 Back in 2015, when he was a CIH Academy minor midget/midget player and Windsor Spitfires second overall draft pick, Gabe Vilardi was named the HockeyNow Minor Hockey Player of the Year. And now, just two years later, he’s coming off an incredible Memorial Cup performance and preparing for a life changing draft day.

We chose Vilardi as our 2015 Ontario winner because of his palpable dedication to the game. CIH director of Hockey Guy Girouard told us: “I have rarely seen a player so focused and committed to getting better. He took advantage of every opportunity and made the most out of it.”

ISS Hockey has Vilardi ranked at #3, and come June 23rd, he will be joining Dante Fabbro, Mathew Barzal, Curtis Lazar, Morgan Rielly, Griffin Reinhart, Ryan Nugent-Hopkins, Karl Alzner and Gilbert Brulé as HN POYs who were selected in the first round of the NHL Draft.

Like our 2009 co-winners Reinhart and Rielly who were picked up at #4 and #5 at the 2012 draft, we may get to see two of our former POYs drafted this year too. 2014 winner Jaret Anderson-Dolan is ranked at #31 by ISS, as the possible final pick on Day 1. Both Vilardi and Anderson-Dolan had outstanding 2016-17 seasons and we can’t wait to see where they get drafted.

And beyond the NHL Draft, this has been a huge year for our former POYs. 2012 winner Barzal, who was drafted 16th overall by the New York Islanders in 2015, joined Vilardi at the Memorial Cup after leading the Seattle Thunderbirds to a surprise WHL championship. The T-Birds’ streak ended at the Memorial Cup, but Barzal was still outstanding – just as he was at the World Juniors earlier this year, where he helped Canada win silver alongside our 2013 POY Dante Fabbro.

Obviously, our player of the year selection committee has an incredible track record and once again, they are working hard to make their final choices.

We’ve been releasing preliminary lists from each region in print and online every month since November and we’re only a couple weeks away from announcing our winners in B.C., Alberta and Ontario.

We have some great talent and leadership across the board and, even though we say this every year, this year we are truly facing some of the most difficult decisions yet. But, as always, our winners will stand out in one way or another and we will once again have the honour of calling them up to tell them the news that they’ve won the award.

Three outstanding players will soon be presented with a trophy and will also be gracing next month’s cover.

Enjoy our NHL Entry Draft preview, look out for our past Players of the Year, and stay tuned for our next batch of winners!