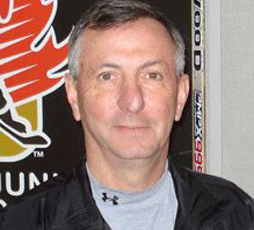 Richard is an award-winning writer and hockey coach/mentor. He's Director of Coaching for Hockey Eastern Ontario and a Hockey Canada Master Facilitator/Mentor. He's worked with teams from minor to junior to university to Europe and also Canada's Program of Excellence. He's been a newspaper and magazine columnist and has authored two books, one of which is the recently released coaching manual Inside Coaching Hockey. It's available from his web site richardbercuson.ca. He spends inordinate amounts of time running to and from rinks and to finish lines as a runner of various ridiculous distances. He likes cheesecake, dry red wine, and long walks on a hot beach. One of those is not readily available where he lives.