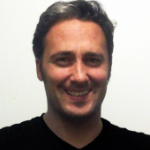 Kristopher Bras is an Ottawa-area writer and lifelong hockey fanatic. A graduate of Algonquin College’s Professional Writing program, he has worked as a consultant for Ottawa Sport Council, a web content writer for the Cornwall Colts Jr. A Hockey Club and as the NHL Eastern Conference Editor for Hockey’s Future. He became a contributor to HockeyNow in 2014, covering both Junior A and Major Junior leagues. After a brief departure, Kristopher has returned to the publication as its new CHL Insider, with bi-weekly CCHL articles.