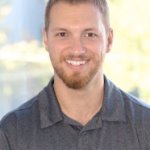 Born and raised in Vancouver, B.C., Greg grew up playing a variety of sports and became a longtime fan of the Vancouver Canucks. After high school, he lived abroad for a year before coming back home and deciding to pursue a career in sports medicine.

Following his return to Vancouver, Greg began working with the UBC men’s ice hockey team in 2017. He is very interested in steering his career towards hockey rehabilitation, and has a particular interest in hip and knee injuries. Greg is dedicated to educating hockey players of all levels on ways to prevent and improve understanding of common hockey injuries.