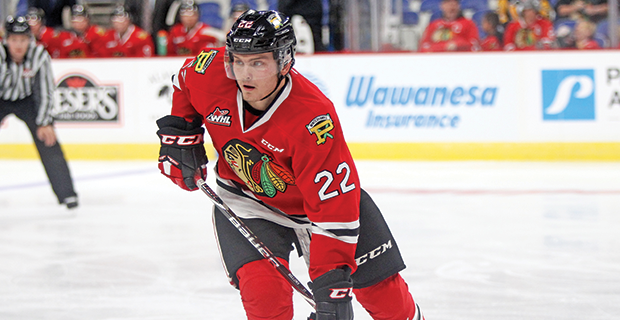 Team USA managed to hit repeat on Canada on Friday at the IIHF World Junior Championship, and they did it in storybook fashion.

Fresh off a painful upset at the hands of the Slovaks, the Americans were forced to enter Friday’s outdoor hockey game at New Era Field with a set of tired legs, but it didn’t stop them from staging a rousing comeback and stealing away a 4-3 shootout lead in front of more than 40,000 screaming fans.

Just like in last year’s gold medal game, the Canadians coughed up a pair of two-goal leads before falling in a fruitless shootout. After failing to score in five chances last year, Canada came up empty handed in four consecutive shootout opportunities Friday to cough up their first group stage game while dropping their fourth straight against USA at the event.

The snow started to fall just as they anthem were belted out through the stands, and it didn’t let up until well after the final puck had been fired.

While Cale Makar and Dillon Dube combined to send the Americans back to the dressing room in a 2-0 deficit after 20 minutes, the Red, White and Blue came storming back in the snow.

USA’s Kieffer Bellows finally managed to beat Carter Hart with a bullet from the point, and while Canada’s Boris Katchouk re-established a two-goal lead before the second break, the Americans took advantage on the power play early in the third.

With Maxime Comtois in the box for a highly undisciplined boarding penalty, Scott Perunovich cut the lead down to one, then Brady Tkatchuk struck just 34 seconds later to force a storybook conclusion to the first-ever outdoor game in World Junior Championship history.

Bellows and Tkachuk added goals in the shootout to complete the comeback victory and set the stage for what most North American hockey fans will be hoping for: another thrilling tilt for gold on Jan. 5, this time without heavy snow, glare or poor ice conditions.

The conditions weren’t perfect, the result wasn’t ideal, but that was one heck of an experience. #WorldJuniors #WJCinBUF pic.twitter.com/LrWgF8cGAw