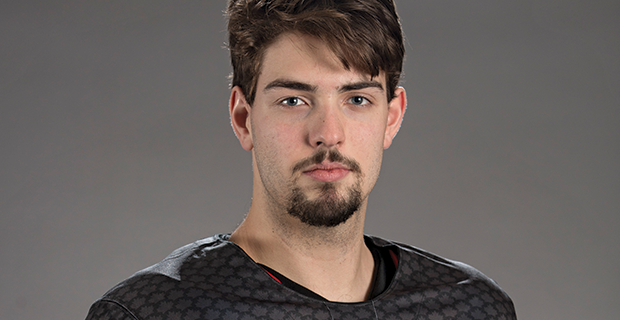 After two games at this year’s World Junior Championships, everything is looking very good for Canada on the ice and in the win column.

But the same may not be said of the team’s growing sick infirmary.

After opening the tournament with a 4-2 victory over Finland, Canada cruised to a 6-0 shutout over Slovakia on Day 2 of the event.

Canada had their way with the Slovaks pretty much the entire game, firing 52 shots at Slovakian netminder David Hrenak (St. Cloud State, NCAA) who was kept busy the entire 60 minutes.

Meanwhile, Team Slovakia did not provide much opposition and struggled to gain any offensive momentum.

In the end they directed 20 harmless shots at Colton Point (Colgate University, NCAA) who registered the shutout for Canada in his WJC start.

With a pivotal game coming up against the United States on Friday, December 29 Canada’s blue line may be put to the test depending on the status of defencemen Jake Bean (Calgary Hitmen) and Kale Clague (Brandon Wheat Kings).

Clague missed the Slovakia game due to an injury while Bean had to leave Wednesday’s contest after getting tangled up with Slovakian forward Marian Studenic (Hamilton Bulldogs) during a loose puck battle midway through the second period.

The pair crashed into the boards with Bean’s head absorbing most of the force. The Canadian rearguard stayed down on the ice for a while but eventually skated off the ice seeing limited action for the remainder of the game.

Team Canada was forced to play with five defencemen with Bean away.

On the score sheet, Jonah Gadjovich (Owen Sound Attack) had two goals for Canada while Jordan Kyrou (Sarnia Sting) had one goal and two assists to take over the tournament scoring lead with four points.

“I thought that we got better as the game went on," said Gadjovich on the IIHF website. “I think we’ve gotten better every period. We’re doing well in building our game, and I thought I did well contributing in all areas of the ice. It’s special. You watch guys from the past who have scored, and it means a lot to help our country."

Sam Steel (Regina Pats) and Taylor Raddysh (Erie Otters) both found the back of the net for the second straight game with Maxime Comtois (Victoriaville Tigres) rounding out the scoring for Canada.

NEWS & NOTES: Canada has never lost to Slovakia in 20 years of U20 play. Their record is now 12 wins and a tie. The closest Slovakia came to defeating Canada was a scoreless 0-0 tie in 1998.

Canada will have a day off to prepare for their next game which will be played outside at New Era Field against the United States.

Slovak team captain Martin Bodak (Kootenay Ice) was named the Player of the Game for his side while Gadjovich captured the same honour for Canada.