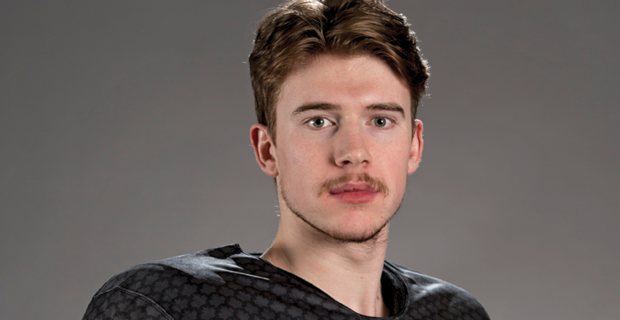 Carter Hart is returning to the World Juniors this year and he will surely stand as the goaltender to beat. He leads the WHL in GAA, save % and shutouts and is just two shutouts shy of the WHL career record. (Matthew Murnaghan/Hockey Canada Images)

Team Canada will be out for vengeance on Boxing Day.

With seven players returning to the IIHF World Junior Championship from last year’s silver medal winning Canadian squad, the young men in red and white boast one of the strongest team’s in recent memory — and it starts from the goaltender out.

It’s been three long years since Team Canada held claim to a gold medal at the World Junior Championship, but with Everett Silvertips netminder Carter Hart entering the tournament playing some of the best hockey of his impressive young career, this could be the year they climb back on top.

Hart leads the Dub in goals against average, save percentage and shutouts while boasting a 13-3-0-1 record. His 1.32 goals average edges every other goaltender in the league by 1.01, while his near-unbeatable .961 save percentage is challenged only by Portland Winterhawks’ Cole Kehler at .925. What’s more, Hart is just two shutouts shy of the Western Hockey League career record after posting five in the first half of the season for a total of 24.

Hart will surely stand as the goaltender to beat, and having of the tournament’s most talented defensive group will only make that task harder for opposing offences. The WHL is huge contributor to this year’s defensive corps, with four of Canada’s seven defenceman calling various Dub clubs home.

Calgary Hitmen blueliner Jake Bean leads the Western pack as the only returning player, but Brandon Wheat Kings’ Kale Clague will arguably provide the most versatile two-way threat. The Lloydminster product leads WHL defencemen with a staggering 47 points through his first 28 games.

Kelowna Rockets blueliner Cal Foote will also provide a strong two-way presence at the tournament, while Regina Pats blueliner Josh Mahura rounds out Canada’s WHL defence after being called back to the team due to a lower-body injury to Boston University’s Dante Fabbro.

Up front, the Dub has sent some of their most prolific point-getters to play with the Maple Leaf on their chest, which means the world will finally get the chance to see Tyler Steenbergen in action.

The Swift Current Broncos centre opened the season on a tear alongside linemate Aleksi Heponiemi — who will suit up for Finland at the event. While he’s coming off a lower-body injury, Steenbergen should provide Canada with an elite scoring touch after collecting 35 goals through his first 27 games with Swift.

Reigning scoring leader and WHL player of the year Sam Steel will make his world junior debut after being cut from last year’s roster. The Sherwood Park product compiled a staggering 131 points over just 66 games with the Regina Pats last year. While he’s had a more tepid start to this season, Steel still boasts 35 points in 25 contests and will surely be leaned on to generate come Boxing Day.

Also up front, Rockets forward Dillon Dube will make his return after settling for silver last year and Moose Jaw Warriors captain Brett Howden will seek to make an impact in his first year at the event.

While Canada leads the tournament in WHL representation, at least a dozen other players will represent their respective countries at the event.

While Team USA followed their traditional trend of icing mostly NCAA players, two WHL forwards will try to help guide America to back-to-back gold medals. Spokane Chiefs forward Kailer Yamamoto will look to lead the American offence after taking in nine games with the Edmonton Oilers this season, while Portland Winterhawks forward Kieffer Bellows will enter the tournament after collecting 40 points in his first 31 games.

The Broncos will also have representation on Russia’s squad, with Artyom Minulin looking to help his country improve on last season’s bronze medal finish, while the Hitmen will have the lone WHL presence on Team Belarus after sending Vladislav Yeryomenko to the event.