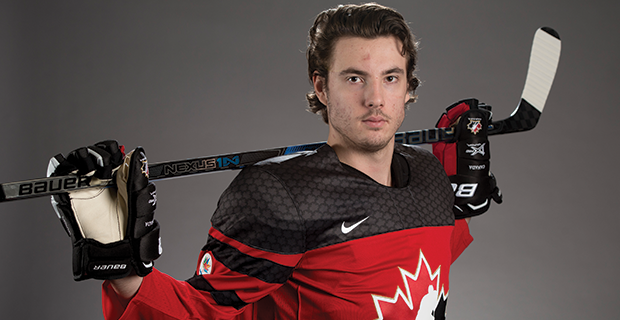 It didn’t take long for controversy to find its way onto the ice in Buffalo.

Out to avenge their silver medal performance from last year’s IIHF World Junior Championship, Team Canada kicked off their quest for gold with an opening marker that in no way should have stood.

Sault Ste. Marie Greyhounds winger Boris Katchouk put his skills on display with an incredible individual effort — gaining a short breakaway and dangling his way around Finland’s Ukko-Pekka Luukkonen to give Canada and early lead in the eventual 4-2 victory —  but a closer look revealed the puck did not cross the line until Katchouk had crashed through the goal.

The play went to a review, where the video-goal judge determined the puck had crossed the line before the net was forced it off its moorings.  This was unequivocally not the case.

Video evidence clearly depicted the net coming free well before the puck had completely crossed the line — but the call on the ice was a good goal, and somehow that call stood.

While the tournament is played under IIHF rules, which differ from that of the NHL and Canadian Hockey League, there’s no grey area when it comes to determining whether a goal should stand under these specific circumstances.

Rule 98 III of the IIHF rulebook states that, “The goal frame is considered displaced if: 1. Either of the two goal pegs is not in its respective hole; 2. It has come off one or both pegs; 3. One or both of the goal posts are not flat on the ice.”

It goes on to state in Rule 98 VI that “No goal will be allowed if the goal frame is displaced before the puck crosses the plane of the goal line unless provided by Rule 98-I.”

Rule 98-I asserts that a goal could count if the goaltender or another defending player knocks the net off its moorings. This was undeniably not the case. Nevertheless, the Finns were forced forward on the wrong foot.

While Canada went on to win the game by a two-goal margin, a correct call on Katchouk’s early marker would have changed the entire fabric of the game — from the fact that Sam Steel scored 27 seconds later on a power play that may have been earned through Finnish frustration, to the point that Henri Jokiharju’s third period goal would have tied up a 2-2 game.

Despite my support for the red and white as a proud Canadian viewer of this annual spectacle, the game simply must come first, and a call that egregious is a disservice to the entire event. Here’s hoping it’s the only one we see moving forward.