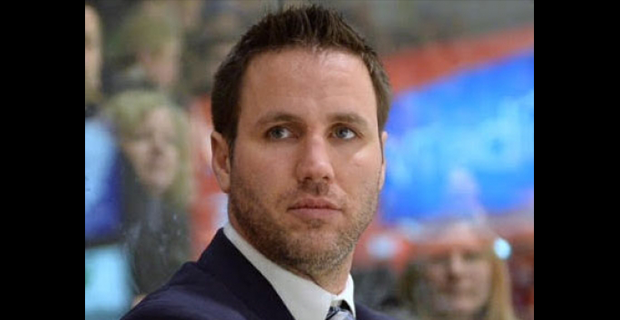 John Dean, who served as the assistant coach with the OHL's North Bay Battalion the past three seasons, was recently named the head coach of the OJHL's Toronto Patriots. (Toronto Patriots photo)

After a three-year absence coach John Dean is returning to the Ontario Junior Hockey League (OJHL).

Dean had spent the past three seasons serving as the assistant coach of the North Bay Battalion in the higher calibre Ontario Hockey League (OHL).

The 36-year-old Dean, however, opted not to return to North Bay for this coming season. Instead, he recently accepted the head coaching role with the OJHL’s Toronto Patriots.

Prior to joining the Battalion, Dean had spent four years coaching in the OJHL with the North York Rangers. He was an assistant for one season before assuming the head coaching duties for three years.

One of the main reasons Dean decided to leave North Bay was because he was rarely home during the hockey season. While working for the Battalion he had maintained his Toronto home that he shares with his girlfriend.

And usually he was only able to return to his Toronto home one day a week. Then he’d have to make the four-hour trek back to North Bay, usually leaving at 5 a.m.

In fact, he’s hoping to one day return to the league, either as a head coach or associate coach with a team closer to Toronto.

“I think the OHL is the best league in the world,” he said.

With the Patriots he’ll have the luxury of sleeping in his own home every night. While in North Bay he rented out a basement apartment for two years before upgrading and renting a house with Battalion assistant coach Adam Dennis this past season.

Eventually Dean is also hoping to be employed as a coach by a pro organization.

During his own junior career Dean had toiled in the OHL, with the then North Bay Centennials and the Mississauga IceDogs, who relocated to St. Catharines and became the Niagara IceDogs a decade ago.

Dean, who was a left winger, went on to play three seasons of pro hockey in Texas, with the Amarillo franchise that competed in the Central Hockey League.

With the Patriots Dean will be reunited with general manager Mark Joslin. The pair had worked together on the Rangers’ bench during the 2013-14 campaign, the last year before Dean worked an OJHL bench before moving up to North Bay.

While some may think Dean is taking a step back by returning to the OJHL, he does not share the same opinion.

“I’m excited to be a head coach again and to do my own thing,” he said.

He’s hoping his return will also translate into some additional plum responsibilities, possibly including a Hockey Canada assignment to help out with the World Junior A Challenge.

John Dean, who served as the assistant coach with the OHL's North Bay Battalion the past three seasons, was recently named the head coach of the OJHL's Toronto Patriots. (Toronto Patriots photo)