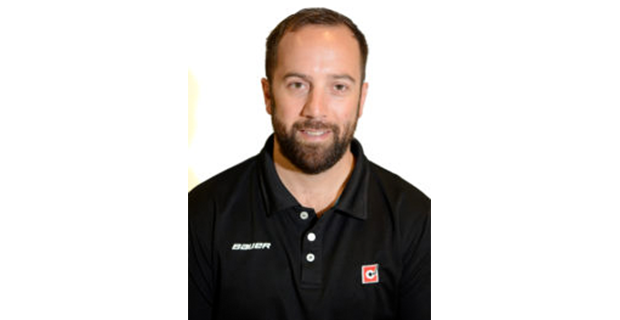 Merritt Centennials' head coach Joe Martin will be an assistant coach with the Canada West entry at this year's World Junior A Challenge.

Joe Martin, who already doubles as the head coach and general manager of the Merritt Centennials, will have some additional duties this season.

That’s because earlier this month Martin was named as an assistant coach for the Canada West entry that will compete at this year’s World Junior A Challenge.

The six-squad international tournament will be staged from Dec. 10 to 16 in Truro, N.S.

Canada traditionally ices a pair of entries, Canada West and Canada East in the annual event. Also taking part this year will be squads representing Czech Republic, Russia, Switzerland and the United States.

Mike Reagan, the head coach/GM of the Manitoba-based Flin Flon Bombers who compete in the Saskatchewan Junior Hockey League, will be Canada West’s head coach.

Besides Martin, Canada West will also have two other assistant coaches, Rick Swan and Derek Sweet-Coulter.

Martin is in his third season as the Centennials’ head coach. Prior to that he had spent four years working as an assistant coach with the Merritt squad.

Impressive Start For Spruce Kings Rookie
American Patrick Cozzi will be returning to his home country to resume his collegiate career.

But before he does that, the 19-year-old forward, who is from Greenlawn, N.Y., is hoping to put up some big numbers with the BCHL’s Prince George Spruce Kings this season.

Cozzi, who has committed to begin his NCAA career with Colorado College starting with the 2018-19 campaign, is off to a flying start with the Spruce Kings.

Cozzi scored twice in his regular season debut with Prince George on Sept. 8, a game which ended in a 5-5 tie versus the Chilliwack Chiefs.

Cozzi also had two-point efforts in his next two matches. And after four games he was leading all BCHL rookies with seven points, including four goals.

Cozzi had spent the past two seasons starring with the North Jersey Avalanche under-18 squad.

NHL Draftees In BCHL
Four players chosen in the National Hockey League’s Entry Draft this past June will receive additional grooming in the BCHL this season.

This includes defencemen Nick Leivermann and Ryan O’Connell, who are now both members of the Penticton Vees. Leivermann was drafted by the Colorado Avalanche while O’Connell was chosen by the Toronto Maple Leafs. Both were seventh-round picks.