Ian Henderson Returns to CCHL as GM of Kanata Lasers 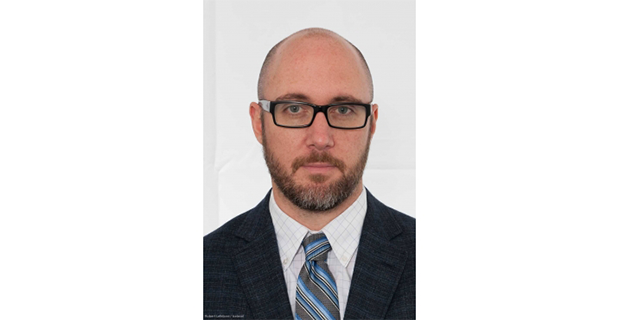 Ian Henderson is back working in the Central Canada Hockey League (CCHL).

Henderson had stepped away from the Junior A circuit last year after having spent seven seasons with the Hawkesbury Hawks.

Henderson, who at times had also served as an assistant coach and assistant general manager with the Hawkesbury club, spent his last five years with the squad working as the Hawks’ GM.

As for this past season, Henderson was an assistant coach with Le Sommet, a Hawkesbury-based boys’ prep school team.

Henderson admits that during his one year away he was itching for a return to the CCHL.

“It made me realize how much I enjoyed it and how much I wanted to come back,” he said.

That opportunity arose earlier this off-season when Kanata Lasers director of hockey operations Adam Gibson resigned from his post due to personal reasons. That opened the door for Henderson, who had moved to Kanata following his Hawkesbury days, to step in and become the Lasers’ GM.

The obvious goal for Henderson for the upcoming season will be to get the Kanata franchise back into post-season play. The organization has missed the CCHL playoffs for the past six seasons.

Henderson likes the way his squad is shaping up for the coming season.

The Lasers are expected to have five returning forwards and four veteran defenceman in the lineup.

Plus Henderson has already managed to obtain, via trades, the two puckstoppers the Lasers plan to utilize during the 2017-18 campaign.
Joining the Kanata club are Nick Campbell and Myles Hektor.

Campbell, 18, had started last season with the Northern Ontario Junior Hockey League’s Powassan Voodoos. After posting a perfect 9-0-0 record and a 2.25 goals-against average in 12 appearances with the Voodoos, Campbell was traded to the CCHL’s Ottawa Jr. Senators.

Hektor, an Illinois native who is also 18, appeared in 41 regular season contests, posting a 2.88 GAA, with the NOJHL’s Blind River Beavers a year ago.

Henderson has made a number of other moves, including bringing in forward Kiryll Ulanov, son of former NHLer Igor Ulanov.
Henderson’s wheeling and dealing might be over for the moment.

“I think we’re pretty good now,” he said. “But I’ll never turn down a top six forward or a top four defenceman if the right deal comes along.”

The Lasers will open up their training camp Aug. 18. The club will then play four exhibition contests, starting with an Aug. 20 tilt versus the Brockville Braves. That match will be held in Arnprior.