Elite Eight Matchups All Set at 2018 IIHF U20 Championships 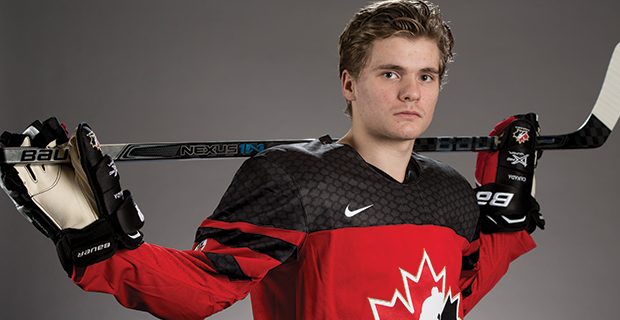 It’s time to eliminate the pretenders from the contenders at this year’s World Junior Championships in Buffalo, N.Y.

The preliminary round is over. Bring on the playoffs.

The tournament will be put on pause New Year’s Day but will rev up again on Tuesday, January 2 with eight games on the schedule.

Swiss head coach Christian Wohlwend did not sound very optimistic during a media scrum, when asked about his team’s chances in the match-up with Canada.

“We will be going up against a team that is bigger, faster and shoots better than us. They have eight first and eight second round NHL picks. We have one fourth rounder so I don’t know what to tell my players. Let’s see if we can adapt to the smaller ice and intensity.”

Canada beat the Swiss 8-1 in a pre-tournament game. A similar outcome is possible for the Canadian side but only time will tell if they can move on to the semifinals against the winner of the Czech Republic-Finland game.

That contest will kick off the day’s activities on Tuesday beginning at noon (Eastern) at the Key Bank Center.

The Czechs finished in second place in Group B while Finland ended the preliminary round in the third spot while playing in Group A.

Sweden captured Group B play with an undefeated 3-1-0 record (11pts.) and will begin their pursuit of a medal when they take on Slovakia who qualified for the playoffs with a fourth place finish in Group A.

Take note that the Harbor Center will be the venue for that match beginning at 6pm (Eastern).

The finale will feature two long-time enemies when the United States (2, Group A) and Russia (3, Group B) do battle with the winner scheduled to face the survivor of the Sweden/Slovakia encounter.

The Russia/U.S classic is set for 8pm (Eastern) at the Key Bank Center.

After another day off on Wednesday, January 3 the action will resume the following day with two semifinal games at 4pm and 8pm (Eastern).

In three games, Team Canada G Carter Hart let in 6 goals and stopped 79 of 85 shots. He owns a save percentage of 92.94 and 1.95 GAA which includes 1 shutout over Denmark in Canada’s final preliminary game.

Canada scored 21 goals in 4 opening round games and allowed just 6. In comparison, Group B winner, Sweden potted 21 and gave up 7.

Denmark (0-4) and Belarus (0-4) failed to win a game during the tournament and as a result will play a pair of relegation games this week at Key Bank Center.