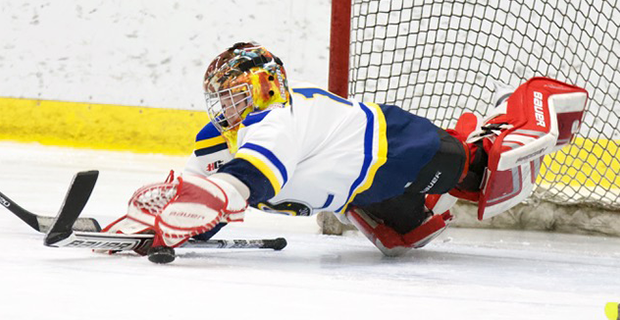 Now that the dust has settled and champions have been crowned, the regular season begins for the BT Hockey Classic’s Atom players.

The kickoff event for Hockey Calgary wrapped up under the bright lights of Breakfast Television (BT) in the eighth instalment of the BT Hockey Classic.

The players were ready for another early morning matchup after playing the pervious day in front of TV cameras and there was no sign of wear from Bow Valley Atom 3 head coach Colin McCall.

“I think after the game yesterday they kinda got a sense that it’s a big deal with the player introductions and the special jerseys. And then going home and seeing some highlights I mean it definitely, probably was a little easier getting out of bed this morning,” McCall said.

“Obviously they aren’t used to playing back to back at 6 a.m. For these guys to put in a full day of school and be up two mornings in a row at 6 a.m. and battle hard, I mean I’m absolutely thrilled their efforts and that was a team we lost to 9-0 in the first game of the tournament,” McCall added.

The BT Hockey Classic was scheduled near the end of the season in the past and coaches and organizers are grateful that it’s at right at the start.

“In the past few years we’ve had this closer to the end of the season, it was hard to fit it in with our playoffs and things, so we decided to move it to the beginning of the year and it’s a great kickoff to the season,” Hockey Calgary president Kevin Kobelka said.

But the tournament never would have happened if it weren't for the many people helping along the way and making sure the week ran smoothly.

“Hockey Calgary and the minor hockey in this country is about volunteerism. Our volunteers and our parents, they’re what drive this organization,” Kobelka said.

Plus getting kids and families ready to be out of the house at five in the morning is always a task, especially with games falling on a weekday.

“Everybody has managed to somehow sneak away for an extra hour or two in the morning and I’ve had a complete full roster for every game this week. Even this morning I’ve seen a number of grandparents in the stands. That says a lot,” McCall said.

It’s all worth it for the parents seeing the excitement from the kids as they get a chance to be on TV and being ready for life outside the rink.

“At the end of the day it’s all about having fun, I mean we’re developing young leaders, we’re developing better community citizens and hockey skills are just one part of that,” Kobelka said.

Regular season seeding games start week for Atom players and they will be more than ready for it even if they were up a little earlier than scheduled during the last couple of days.