Around the CCHL: Open Season 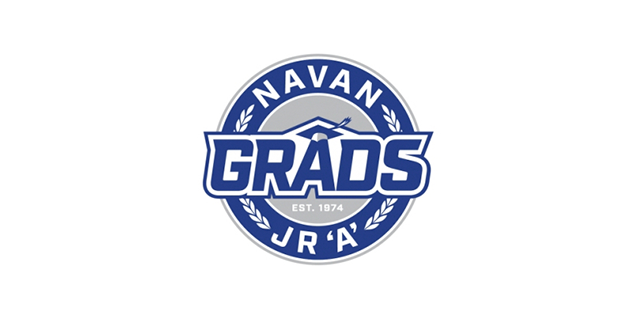 League Creates Broadcasting Award
A new Central Canada Hockey League award has been created and will be handed out annually starting this coming season.

League officials have established the Chris Messina Broadcasting Award in honour of the former CCHL director of communications and broadcasting who died suddenly on Aug. 14.

The award in his honour will be presented to a CCHL broadcaster who exemplifies the professionalism and dedication shown by Messina when he worked for the league.

The plan is to present the inaugural broadcasting winner with his award at the final regular season match of the team being covered.

Grads Franchise Rebranded
The eastern Ontario village of Navan will continue to be the smallest centre in the country that has its own Junior A hockey franchise.

But that squad will no longer be called the Cumberland Grads.

It mid-August it was announced that the club was rebranded and will now be called the Navan Grads.

This moniker is actually not a new one for the organization. It was called Navan Grads from 1974-89 before making the switch to Cumberland in ’89.

Steve Barban, who has owned the franchise for the past dozen years, had been considering a switch back to Navan Grads for some time.

That’s because the Cumberland no longer made sense. Previous owners had made the change to Cumberland to better reflect the township the Grads played in.

But Cumberland actually ceased to officially exist in 2001 when amalgamation took place. Cumberland and other neighbouring centres became part of Ottawa during that process.

The rebranded Grads will continue to play their home contests out of the Navan Memorial Centre and Arena.

The squad, however, has a new head coach. Tony Iob, formerly the Kanata Lasers’ bench boss, has taken over the club’s coaching reins.

He replaces Sylvain Favreau, who has moved up to become an assistant coach of the Quebec Major Junior Hockey League’s Halifax Mooseheads.

Labour Day Showcase
All CCHL squads will once again be looking to commence their regular seasons on an upbeat note at Ottawa’s Bell Sensplex.

All 12 league entrants will participate at the league’s annual Labour Day Showcase which runs Sept. 2-4.

Every team will play three games over the course of the three-day event. All results will count in the league’s regular season standings.

The Bell Sensplex is the practice facility for the NHL’s Ottawa Senators. The facility features four ice pads.

But just two of the rinks, the Canadian Tire Arena and the Mattamy Arena, will be used during the Labour Day Showcase.