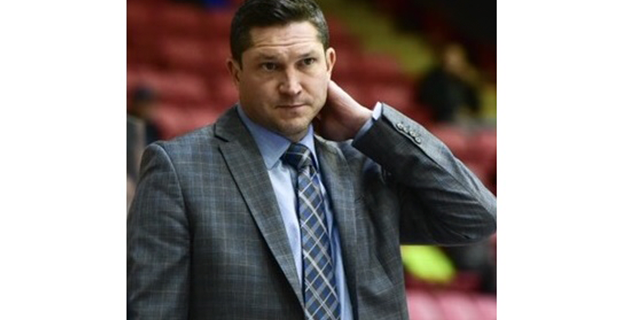 The 11th annual event will be staged Sept. 28-30 at the Edgeworth Centre, the Kodiaks’ home rink.

All 12 AJHL clubs will play a pair of regular season contests at this year’s showcase.

The host Kodiaks are scheduled to play against the Whitecourt Wolverines on Sept. 29. Camrose will then face the Fort McMurray Oil Barons the following night.

The Kodiaks are also hosting a six-squad pre-season tournament, which begins on Aug. 30 and continues until Sept. 1.

Besides Camrose, the tournament will also feature Whitecourt, Fort McMurray, Spruce Grove, Sherwood Park Crusaders and Drumheller Dragons. All teams will play three times each at this event.

Adams Takes Over Thunder Coaching Duties
After several seasons of helping teams rack up their share of victories, Kyle Adams can now start earning W’s as a head coach.

Adams has been brought in to serve as the head coach/GM for the Drayton Valley Thunder.

He had spent the last three years serving as the assistant coach of the Chilliwack Chiefs, members of the British Columbia Hockey League.

And for the three years before that, Adams had also worked as an assistant coach for the Maritime Hockey League’s Woodstock Slammers.

Adams will have some work ahead of him to bring some more respectability back to the Thunder. Last year the Drayton Valley squad posted a disappointing 17-39-4 record.

Though the team placed sixth in the standings of the league’s eight-squad North Division, the Thunder was a distant 29 points behind the fifth-place Sherwood Park Crusaders.

Adams and the Thunder will play their regular season opener this season on Sept. 15 against the host Crusaders.

Bandits Hoping For Three-Peat
The goal is rather obvious.

If they manage to do that, then the Bandits would then set their sights on once again qualifying for the RBC Cup tournament, a feat they accomplished in 2016 and this year as well.

If the Brooks club does indeed advance to the 2018 national tourney, which will be held in Chilliwack, B.C., then it is also guaranteed of making a fourth consecutive appearance the following year.

That’s because during the off-season the Bandits were awarded hosting rights – and an automatic entry – into the 2019 RBC Cup.